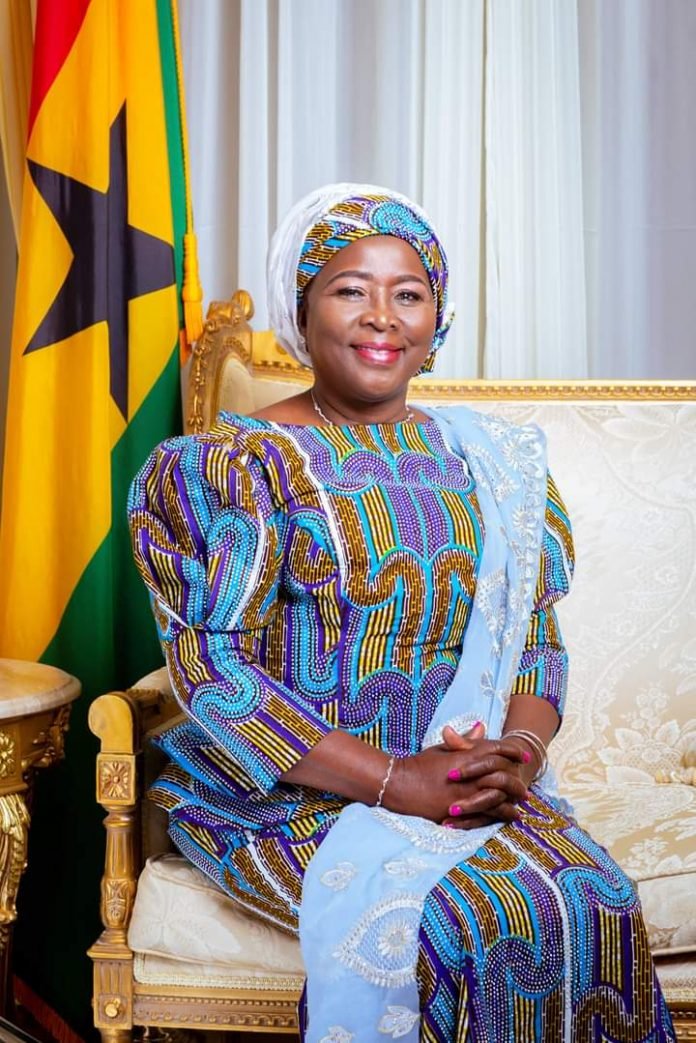 Her Excellency Hajia Alima Mahama has officially taken over as Ghana’s Ambassador to the United States of America, Today July, 27, the embassy stated on its official facebook page.

The Ambassador made this note on Wednesday, July 7, 2021, after President Joseph R. Biden accepted her letters of credence by which President Nana Addo Dankwa Akufo-Addo accredited her as the Ambassador of the Republic of Ghana to the United States.

She is the first female Ambassador of Ghana to the United States.

Ambassador Hajia Alima Mahama brings a lot of experience to the role having served as a two-term Member of Parliament, cabinet minister and international consultant for several multinational organizations.

She first served as a Member of Parliament for the people of Nalerigu-Gambaga Constituency from the year 2001 to 2005, Deputy Minister, Ministry of Local Government and Rural Development from May 2001 to April 2003 and Deputy Minister of State, Ministry of Trade, Industry and President’s Special Initiatives, from May, 2003 to January, 2005. She later served as the Minister of State for the Ministry of Women & Children’s Affairs from January 2005 to January 2009.

Prior to her current appointment as Ambassador extraordinary and plenipotentiary, H.E Hajia Alima Mahama served again as the Member of Parliament for the people of Nalerigu-Gambaga Constituency and the Minister of State for Local Government and Rural Development from January 2017 to January 2021.

Hajia is a Barrister at Law and was called to the bar in 1982.  She holds a Master of Arts Degree in Development Studies with a specialization in Regional Development Planning from the Institute of Social Studies (ISS), The Hague, Netherlands. Preceding that, she obtained her Bachelor of Arts in Law and Sociology from the University of Ghana. She is both a Pearson Fellow and a Humphrey Fellow.

Ghana’s Lands Commission to have one stop verification system for all land searches from...