The President of the Republic, Nana Addo Dankwa Akufo-Addo, says the only things Ghanaians have not made part and parcel of their lives, since the coming into force of the 4th Republican dispensation, is to make taxes regular, predictable parts of their lives.

According to President Akufo-Addo, “our tax-to-GDP ratio of 14.3% compares unfavourably with our peers the world over. The average tax-to-GDP ratio in West Africa stands at 18%, and, indeed, the recommended ratio for ECOWAS Member States is at least 20%. The average for OECD countries is 34%.”

It is no wonder, the President indicated, that American, German, French, Japanese and British peoples, amongst others, can readily find the means to fund their own development, particularly their infrastructural development, whereas we are constantly struggling to do the same.

“There is, therefore, an urgent need to enhance significantly our domestic revenue mobilisation capability to realise our development potential, create opportunities for our vibrant and dynamic youth, and deliver improved livelihoods for our fellow citizens,” he added.

President Akufo-Addo made this known on Monday, 13th September 2021, in Bolgatanga, Upper East Region, when he delivered the keynote address at the 2021 Bar Conference of the Ghana Bar Association.

Addressing the gathering, the President noted that the necessity for increased mobilisation of resources for national development is crucial, especially as there are critical needs in all sectors in all parts of the country.

“Not too far from where we are gathered, torrential rains have caused havoc and washed away bridges and roads. Farms have been destroyed and investments have disappeared under flood waters. These are just new additions to an already difficult situation of a long list of infrastructural deficits that require a lot of money for their elimination,” he said.

The President continued, “COVID-19 has brought extra devastation to our fragile economies, and we have not seen the end of it to be able to say we can start counting our losses. The only certainty we do have is that we need a lot of resources to engender the rebuilding of the economy. Hence, the exceptional significance of Government’s Ghana CARES ‘Obaatampa’ Programme, which is seeking to raise GH¢100 billion from both public and private sectors to finance the revitalisation of our post-COVID economy.”

He was, thus, glad that the Ghana Bar Association has decided to enlist the undoubted strength of lawyers to help in the mobilization of resources through taxation, adding that “we have work to do to convince the people of Ghana that, if we are to get the developments that we all crave, then paying taxes must become a regular and unquestioning feature of our lives.”

With the theme of the Conference being “Ensuring an Increase in Revenue Mobilization through Taxation for the Purpose of Accelerated National Development”, President Akufo-Addo urged the outgoing President of the Bar, Anthony Forson Jnr, to start from getting members of the Bar to pay their taxes.

“The record of lawyers in paying taxes has been historically poor. It is unfortunate, but a most unpleasant fact, that members of the professions in our country have not been known to set a good example when it comes to paying taxes. They appear to think that being members of the learned professions put them above complying with every day civic duties, like paying taxes. It is embarrassing that lawyers are often at the top of the list of those who flout our tax laws, and use their expertise to avoid paying taxes,” he stressed.

Following the recent exposé by the Ghana Revenue Authority (GRA) to the effect that some sixty thousand (60,000) professionals working in the country, including lawyers, accountants, doctors, engineers, surveyors, architects, do not pay taxes, the President was hopeful that persons evading taxes move swiftly to regularise their tax affairs before the GRA moves to crack the whip.

President Akufo-Addo indicated that, prior to coming office to 2017, only a small proportion of the population, i.e., some seven hundred and fifty thousand (750,000) people, was registered by GRA with Tax Identification Numbers (TINs).

“As a result of the effective roll-out of the National Identification Card, spearheaded by one of our own, the ebullient Ken Attafuah, which has been integrated with GRA to form the TIN number, we now have a taxable population of some 15.5 million people in just four (4) years,” he added.

Government, the President indicated, has introduced other measures that make it easy for institutions and individual taxpayers to be compliant, including the Revenue Assurance & Compliance Enforcement (RACE), Ghana.gov, paperless port, the National ID (GhanaCard), Digital Property and Address System, and cashless system.

These policy interventions are running smoothly, and he urged members of the Bar to take advantage of these innovations to regularise their tax affairs, and advise their clients to do the same.

The Integrated Customs Management System (ICUMS) at the country’s ports have been introduced to facilitate trade, and block revenue leakages, stating that despite the initial opposition of vested interests, it is paying dividends.

“Customs revenue, prior to the implementation of ICUMS, for the period June 2019 to May 2020, stood at GH¢11.25 billion. Between June 2020, the start of ICUMS, and May 2021, teething challenges, ill-considered propaganda and the impact of COVID-19 on global trade notwithstanding, customs revenue has increased by 27.6% to GH¢14.36 billion,” he said.

“Whilst government narrows the fiscal gap, by implementing targeted revenue-generating initiatives, much is also expected from taxpayers to be responsive in equal measure for the speedy, full realisation of moving Ghana to a situation Beyond Aid,” he added. 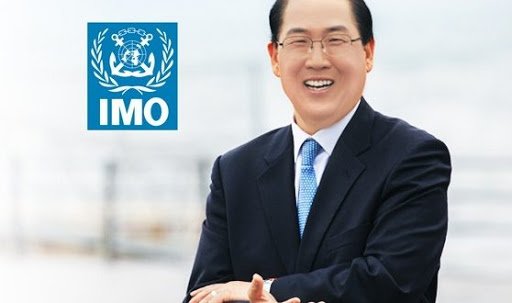