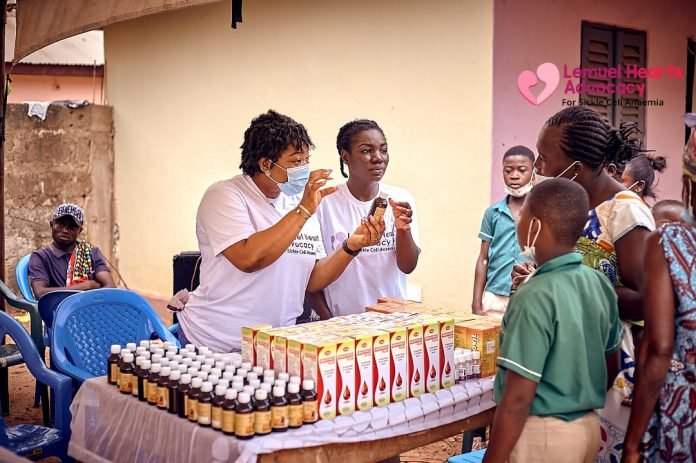 The international awareness day is observed annually with the goal to increase public knowledge and an understanding of sickle cell disease, and the challenges experienced by patients and their families and caregivers.

In preparation towards this year’s Sickle Cell Awareness Day, the Lemuel Hearts Foundation; a Not-for-profit Organization dedicated to creating awareness on the Sickle Cell Disease, organized an outreach to Oman Homabenase in the Bosomtwe District of the Ashanti region.

The foundation used the opportunity to educate the community on Sickle cell disease and also advised them to screen and make breeding decisions based on sickling statuses.

Founder and Executive Director of the Lemuel Hearts Foundation; Dr. Yvonne Senam Woyome revealed that an alarming 2% of all live births in Ghana annually have sickle cell, adding that Ghana is one of the sickle cell endemic countries in the world.

She explained that Ghana has not done well so far in creating awareness on sickle cell and hence reducing the condition and stressed the need for sickle cell to be brought to the forefront of national conversations considering the damage it is wreaking.

She however said a new drug; Hydroxyurea has brought hope to people suffering sickle cell. Hydroxyurea is likely to be taken off the NHIS drug list by August. She however appealed to the government to keep the medicine on the NHIS drug list and also absorb the cost of the numerous laboratory tests required while taken the treatment. A sickle cell patient on medication will have to visit the hospital every month for tests which will cost around one hundred cedis and do some more tests every three months that will cost even more.

Dr. Woyome, who is also a Physician at the Komfo Anokye Teaching Hospital advised against the reliance on traditional medicine in the case of sickle cell.

Dr. Yvonne Woyome also appealed to corporate entities and passionate individuals to help support Sickle cell awareness creation efforts as it is very difficult to obtain support for their activities. She was full of gratitude for the Assemblyman for the area, District Director of Health for Bosomtwi, a representative of the Chief of Oman and the secretary of the Sickle cell Association of Ghana who all made it a point to attend and contribute to the success of the event.

The well-attended outreach programme witnessed the screening of numerous attendees as well as the provision of some medication and baby food for children.

She was excited about the warm reception they received from the community and hinted that many more of such outreaches will be rolled out in the near future.

The Lemuel Hearts Foundation started operating in Ghana in 2018, creating awareness on the Sickle Cell condition.

Sickle cell anemia, or sickle cell disease (SCD), is a genetic disease of the red blood cells (RBCs). Normally, RBCs are shaped like discs, which give them the flexibility to travel through even the smallest blood vessels. However, with this disease, the RBCs have an abnormal crescent shape resembling a sickle. This makes them sticky and rigid and prone to getting trapped in small vessels, which blocks blood from reaching different parts of the body. This can cause pain and tissue damage.

Symptoms of sickle cell anemia usually show up at a young age. They may appear in babies as early as 4 months old, but generally occur around the 6-month mark.

Some symptoms of Sickle Cell include excessive fatigue or irritability from anemia, fussiness in babies, bedwetting from associated kidney problems, jaundice (yellowing of the eyes and skin), swelling and pain in hands and feet, frequent infections, and pain in the chest, back, arms, or legs. 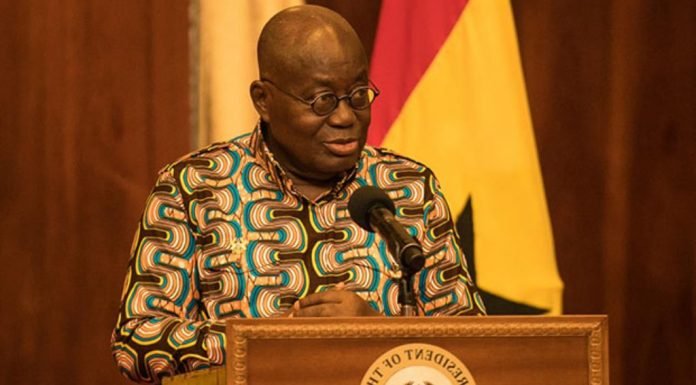 Coronavirus one year on: Ghana, South Korea named as two countries that got it right globally with 3 others getting it wrong

Appointment of Service Chiefs gets Confirmation from House of Reps