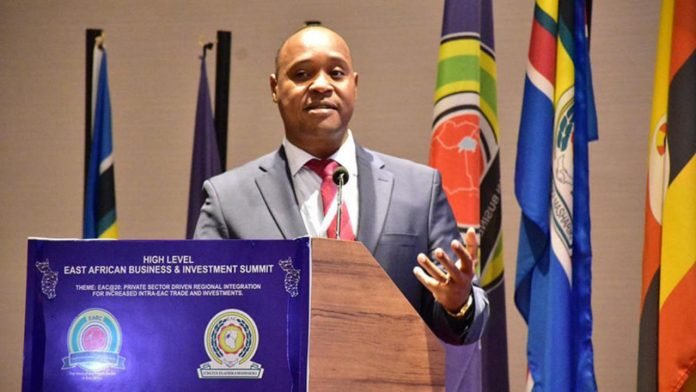 “So what do you want to hear from me?” he asked journalists who had been waiting for him to walk out of another meeting.

Since he will officially assume office of the EAC Secretary General on April 25, for a five-year non-renewable term, we wanted to know what vision he had for the region.

“My first priority is to pay attention to the four pillars of the EAC integration process, namely the Customs Union, Common Market Protocol, East African Monetary Union (EAMU) and the Political Federation,” he said.

The implementation of the Common External Tariff is also top on his agenda.

“The success of both the Monetary Union and the Political Federation will depend on how successful the Customs and Common Market Protocol have been implemented. So my first task is to ensure the first two pillars are up and running.”

At the Council of Ministers meeting on February 25, the operationalisation of the East African Monetary Institute Act, 2019 was announced.

“I see that the EAMU is going to be midwifed through my tenure. There are some technical issues that are being handled. For business, it is important when we have a single currency,” said Mr Mathuki.

“There was a time we did a survey and found out that when you start with $100 from Nairobi and change the currency into Ugandan shillings, by the time you go to all partner states and come back, the currency will have lost value by over 20 per cent.”

He cautioned that the EAMU should not be rushed because partner states are at different economic levels and not at par in single currency, fiscal and monetary policy matters.

“We also have to take advantage of the African Continental Free Trade Area.”

Rwanda’s President Paul Kagame gave him a warm welcome. “We look forward to working together with you. Our focus now should be on rebuilding stronger than before, with closer regional co-operation as a pillar of our resilience and prosperity,” said President Kagame.

BoG to get all banks listed on GSE