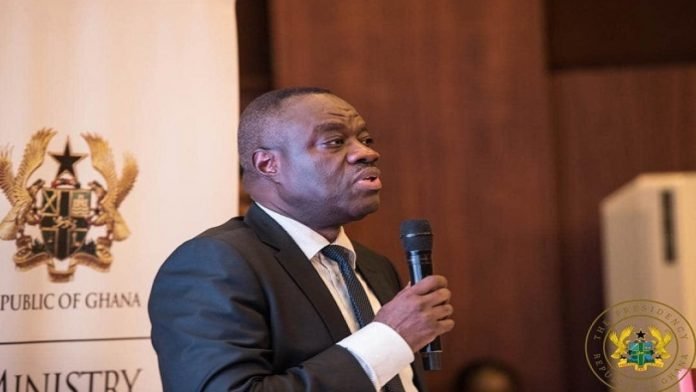 The Minister of Tourism, Arts and Culture, Dr Mohammed Ibrahim Awal, has expressed his commitment to make the tourism sector the number one contributor to the country’s Gross Domestic Product (GDP).
He said boosting domestic tourism, profiling and packaging tourist sites and marketing them through the digital platform, as well as collaborating with the Ministry of Transport to work on roads leading to attraction sites, were some of the means to achieve that vision.

Speaking at a two-day retreat for the management staff and the heads of agencies under the ministry in Akosombo in the Eastern Region last Thursday, Dr Awal said he would specifically work to increase proceeds from tourism to $5 billion by December 2022.

Tourism proceeds have been a little above $1 billion, except 2019 when the Year of Return buoyed it to almost $4 billion.

The Tourism Minister said it was part of his unwavering commitment to make Ghana’s tourism hub a game changer in the economic transformation envisaged by President Akufo-Addo’s vision of Ghana Beyond Aid.

Dr Awal observed that the tourism industry was not doing well as expected and indicated his determination to turn the economic fortunes of the sector around by creating massive employment opportunities for Ghanaians.

He explained that the packaging of the sites through profiling, presenting the marvels and experiences they offered, their features and characteristics, the festivals and culture of the people of a particular area were some of the messages that would be marketed to domestic and international tourists, going forward.

The Minister of Tourism expressed his commitment to make Ghana an attractive tourist destination by upgrading the sites into world-class standards, given that tourism was a multi-billion dollar industry which needed to be given utmost attention.

Dr Awal intimated that on his assumption of office, President Akufo-Addo indicated to him to use his business acumen and entrepreneurial skills to change the face of the country’s tourism industry.

The minister emphasised that he would infuse business perspectives and strategic policy direction that would rake in huge financial gains for the sector.

Dr Awal entreated the heads of agencies under the ministry to endeavour to, as a matter of policy direction, always have recourse to him before undertaking any policy execution in their operations.

The Chief Director of the Ministry of Tourism, Arts and Culture, Mr John Yao Agbeko, said the meeting was to afford the policy makers an opportunity to have a deeper knowledge of the sector-wide performance from the agency heads.

At the event, 11 heads of agencies under the ministry took turns to make presentations on the policy interventions in their respective agencies.