Uganda Development Bank (UDB) has entered a partnership with the Nation Media Group, Uganda, (NMG-U), in a bid to enhance its visibility and mandate.

A team of UDB’s top officials, who paid a courtesy call to the Daily Monitor offices in Namuwongo, Kampala, said majority of the people think the bank is like other commercial banks, which is not the position.

“Over the next few months, we intend to carry out a series of activities with our partners, most noteworthy of which is a training on development finance.

According to the director of credit, UDB, Mr Samuel Edem-Maitum while speaking “We feel it would be a good intervention to equip our valued media partners and journalists get a better appreciation of what the bank does, how our interventions and mandate saliently differ from those of other financial institutions in the country.”

“In our bid to enhance UDB’s visibility and to create awareness about the business, we are planning to roll out a series of strategic communication activities for which we will work with media partners. We are happy to hear from you on proposed partnerships you consider to be of value to our stakeholders in line with the achievement of our development objectives,” he added.

Mr Edem-Maitum further said to achieve their aspirations, the bank is making significant strides, which he attributed partly to support from media partners such as NMG.

“There are several aspects to the cooperation. Some elements entail working together on our existing products such as Top 100, Farm Clinics and Rising Woman while others will be developed together,” Mr Barata said. 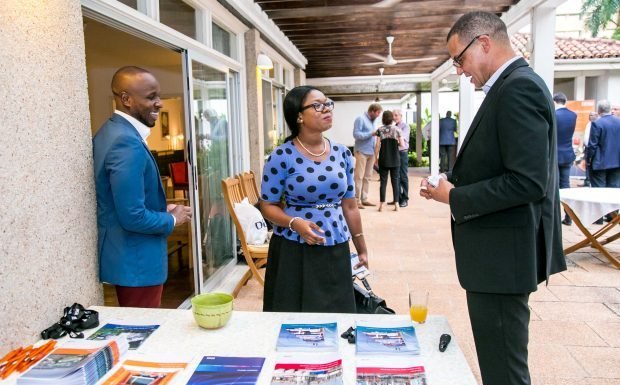 Uganda Moves to Scale Up Commercial Cooperation with Ghana