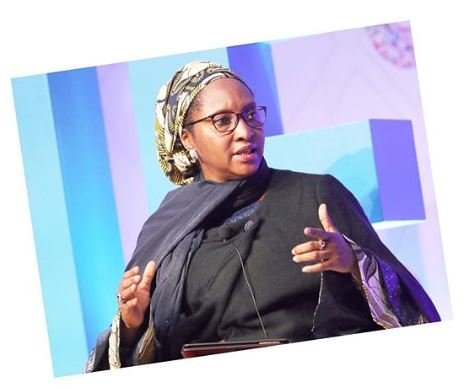 The World Bank has approved Nigeria’s request for a $3billion loan for the expansion of the transmission and distribution networks in the power sector.

According to the Minister of Finance, Budget and National Planning, Hajiya Zainab Ahmed, who disclosed this, noted that the country is set to get approval of the first tranche of the $3 billion loan which is being secured from the World Bank for the power sector by April 2020, as it begins talks with United Kingdom and Dutshe Bank on Jollof Bond.

Speaking during a press briefing at the end of the 2019 Annual Meetings of the International Monetary Fund (IMF) and World Bank in Washington DC recently, Ahmed said the federal government had put a request for financing of the sector at the range of $1.5 billion to $4 billion.

In her statement, she said: “At the end of the day, it is like we would be looking at the funding size of $3 billion that will be provided in four tranches of $750 million each. Our plan is that the team will be able to go to the World Bank for the approval of the first tranche in April 2020.

“The $3 billion that we are trying to raise from the World Bank is for financing the power sector. This financing will include right now, the gap between what is provided for in the current tariff and the cost of the businesses themselves. So, there is a tariff shortfall but it would also enhance our ability to pay the previous obligations that have crystallised what we have not yet been able to pay.

The minister while, noting that discussions at the week-long meetings had been around the power sector recovery programme, said, “We received an update on the outstanding issues covering sustainable fiscal support, policy as well as regulatory environment.

“We identified the imperative of solving two critical problems. One, which is operational efficiency and two, revamping associated infrastructure in the power sector to ensure that the overall success of the intervention in the power sector are achieved

“We made two set of requests to the bank. The first is technical assistance from the bank to implementing agencies especially the Nigeria Electricity Regulatory Commission (NERC) on the review of the performance improvement plans of the distribution networks and also two, we asked for technical assistance on business continuity regulation as well as technical assistance to the Ministry of Finance in the assessment of contingent liabilities in the power sector and options of dealing with them”.

Asides the $3 billion power sector loan it is getting from the World Bank, Ahmed said the ministry held meetings on securing a local currency bond to be raised from the international market.

Also to note, “I am happy to announce the willingness of the UK authorities to support our infrastructure financing through the possible issuance of Jollof Bonds. Already a working committee is being set up to interface with Nigeria on this possible naira denominated bond. The CBN will be leading in these efforts we will also explore all options in this regard at the next UK investment summit that will be holding in January 2020.

“The Jollof Bond, some countries call their own Masala bonds. Essentially these are bonds that are issued offshore but denominated in the local currency and the importance of such a bond is that it protects the country, the issuer from exchange rate exposure. We are contemplating such a bond.

And on a last note, she explains further; “There have been proposals made to us not just by the UK government but also by Deutsche Bank and today also by the World Bank. We are looking at that as another instrument to raise financing for the national budget. In the past we have issued euro bond which have done well but we are considering this option because it could be cheap and even if it is not, it will be more cost effective because we are protected from exchange rate differential risk, she explains.