The House of Representatives yesterday urged the Federal Government to reverse its executive order restraining gun ownership . It said the decision strips citizens of their rights to life and self-defence amid growing attacks by bandits, kidnappers and other criminals. It also urged President Muhammadu Buhari to sign into law a bill establishing a commission against the proliferation of small arms and light weapons.

The resolutions followed the adoption of a motion, ‘Executive Order To Remove, Revoke And Banish All Firearms Certificates And Licences Throughout The Federation’, moved by Nnenna Elendu-Ukeje (PDP, Abia). Presenting the motion, Elendu-Ukeje said: “The House notes with concern the rising spate of insecurity in our country. It is worrying that the insecurity, which was hitherto confined to the northeast and the north-central states, has spread rapidly to the northwestern states and all other parts of the country.

“It is further concerned that there is an increased number of deaths resulting from terrorism, kidnapping, banditry and other violent crimes. It notes that in response to the local and international outcry and concern for Nigeria’s security situation, Mr President signed an executive order to remove, revoke and banish all guns certificates and licences throughout the federation.

“It is concerned that this order targets illegal gun owners and their guns while there doesn’t seem to be any institutional actionable policy or plan to mop up small arms and light weapons that are at the centre of these crimes. It is convinced that the high number of illegal guns is responsible among other factors for the increase in crime.”

The lawmaker argued: “Judging from the number of motions, there is a consensus that insecurity has become a national problem and that this executive order only targets legal guns and there is none to address those with illegal guns. There are no statistics to show that the crimes perpetrated by licensed guns outweigh the number of crimes committed by unlicensed guns.”

Supporting the motion, Edward Pwajok (PDP, Plateau) warned the government not to “expose Nigerians to all forms of attacks.” He said: “Criminals will not go for licences because that will expose them. I think he (Buhari) should rescind that order and do everything possible to mop up illegal guns.”

Abubakar Chika (APC, Niger) said: “The danger is that it will make all of us very vulnerable to attacks. We have communities where people with licensed guns provide security through vigilance services. That, to some extent, puts fear in the minds of hoodlums and secures the environment.”

Sunday Adepoju (APC Oyo) noted: “Majority of those who have licensed guns are well-to-do personalities. For instance, in a community where there are persons with legal guns, the moment hoodlums come close and they hear gunshots, they flee.”Simon Arabo (PDP, Kaduna) argued: “You cannot use an executive order to override a lawfully acquired weapon. If most of the weapons are being used illegally, the security agencies should tackle that.”

But Mojeed Alabi (APC, Osun) differed. According to him, “the police have no clear criteria for issuing a gun licence in Nigeria, except you want to give them money. People take guns without any procedure visible to all of us. If the police do not have full regulations guiding ownership or acquisition of guns, then I will advise that they (guns) be withdrawn. He added: “The procedure is wrong and because of that, the president is right to say they should withdraw them. Let them (police) come up with regulations.”

Similarly, Senator Ali Ndume (APC, Borno) urged Buhari to prioritise solving security challenges, to boost social and economic development. He disclosed this during a media session in Maiduguri where he implored the Federal Government to “leave any other thing for now and concentrate on security.”

The senator advised the government to “draw a timeline and give marching orders to the security agencies that Boko Haram insurgency should be over in the next two years or six months. Boko Haram and banditry should be a thing of the past, and that should come from the commander-in-chief.”

Also proffering a solution, a retired commissioner of police, Lawrence Alobi, called for enhanced community policing. He, however, told the News Agency of Nigeria (NAN) that the principle could only succeed where public trust is guaranteed. Alobi also noted that Nigeria’s current method of policing was inherited from British colonialists who had sought to protect their own interests.

“It has been proven by police experts that the type of government in a country determines the style of the framework of policing. We are now in a democracy. Our style of policing should be anchored on the principles of democratic policing, which is participatory,” he said.

The presidency meanwhile has restated its commitment to tackling poverty and unemployment with a view to curbing insecurity.
National Security Adviser (NSA) Babagana Monguno made this known during the ‘Validation Session of the Draft National Security Strategy 2019’ organised by the office of the NSA in Abuja yesterday.

The forum was held to provide a framework for meeting the security challenges of Nigerians. Monguno, who was represented by Aminu Lawal, Director, Policy and Strategy, Office of the National Security Adviser, stressed the need to “address socio-economic concerns such as poverty and unemployment as well as corruption, security and the economy, which are key points of this administration.”

According to him, the ultimate aim would be to “employ the instruments of national power in the most efficient and effective manner, to promote peace and prosperity in a secure and enabling environment.” 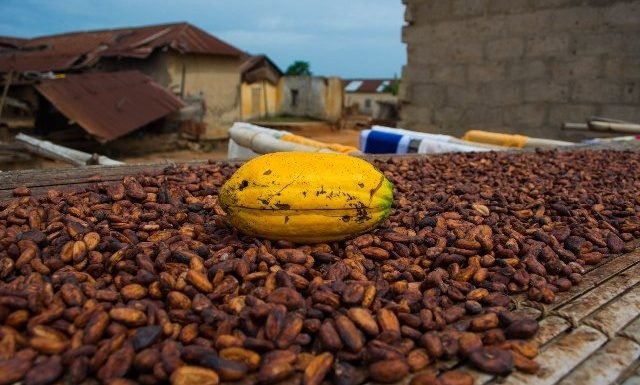