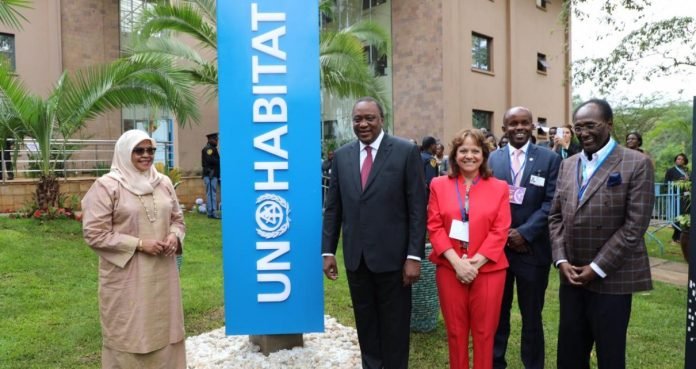 Kenya’s President Uhuru Kenyatta formally opened the first UN-Habitat Assembly in front of a packed audience at the United Nations Office in Nairobi. With over 3,000 delegates confirmed to attend the five day event, the guests at the colourful opening ceremony included representatives of Member States, mayors of cities, representatives of civil society and business leaders.

Welcoming the international guests to Kenya, President Kenyatta emphasized the importance of sustainable urbanization and the need for innovative solutions to the challenges faced by cities. He assured the Assembly of his country’s continued support to UN-Habitat and urged Member States to do likewise.

In the opening session Ms. Martha Delgado, Undersecretary of Multilateral Affairs and Human Rights at the Mexican Ministry of Foreign Affairs, was unanimously elected President of the UN-Habitat Assembly.

“I would like to stress my deepest appreciation to all the Member States that have bestowed this honour on my country, Mexico, by electing me as President,” she said. “I can assure you I will do my best.”

Addressing the room through a video message, António Guterres, United Nations Secretary-General said the gathering comes at an important juncture.

“ About 60 per cent of urban infrastructure needed by 2030 is yet to be built. That creates great opportunities. Well planned and managed cities can steer us towards inclusive growth and sustainable low emission development,” he said.

“A historical moment”, was how UN-Habitat Executive Director Ms. Maimunah Mohd Sharif described the event, and she congratulated Ms. Delgado on her appointment as President of the Assembly.

Reflecting on the task ahead for the Assembly and the organization, Ms. Sharif said, “No one here needs convincing that sustainable urbanization is the key issue of the moment. The Assembly’s theme of ‘Innovation for better lives in cities and communities’ clearly spells it out. If we don’t innovate and if we continue business as usual we will have little hope of progress.”

The inspiring keynote address by Ridwan Kamil, Governor of West Java Province, Indonesia, elaborated on how, during his time as Mayor of Bandung, he implemented a number of successful urban planning projects.

“To me quality of life is another way to say a happy life,” he said. From slum redevelopment to improved walkability and social spaces, he emphasized how listening to the community provided the best solutions.

The Kenyan drummers in traditional dress flanking the venue peppered the ceremony with beats and added a uniquely Kenyan flavour to the event. In between proceedings, there were performances Canadian teenager Emma Stevens from Nova Scotia in her language, Mi’kmaq , and the orchestral group Ghetto Classics from Korogocho, a slum in Nairobi as well as a dynamic speech about youth and culture by Sona Jobarteh, a virtuoso Kora player from Gambia.

Over the next five days the UN-Habitat Assembly will adopt global norms and policies that will guide how cities and communities are planned, managed and governed. Ms. Sharif said “This Assembly will only happen every four years. The world is now watching. We must make sure we turn our words into action to improve the lives of everyone in today’s urbanizing world.” 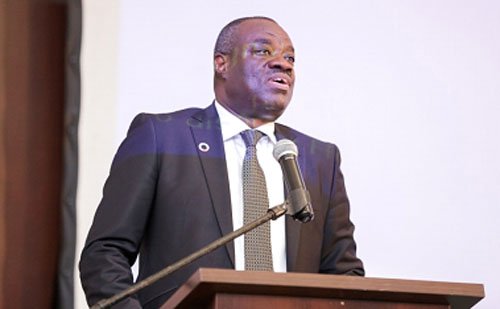