The UK government has pumped in US Dollars 2.3 million (Sh253 million), while another one million dollars (Sh110 million) from DANIDA and 500,000 US dollars (Sh55 million) was donated by Mombasa County government to finance the construction of the 1.2-kilometre Mbaraki-Nyerere road.

Mbaraki-Nyerere road, which is currently under construction, is set to be completed by February 9, 2022.

The British government funded the larger chunk of the project through Trades Mark East Africa.

Britain further invested about 18 million US dollars (Sh1.9 billion) into the Mombasa Port to help enhance smooth flow of the goods and make the port more economically viable.

UK Higher Commissioner Jane Marriott launched the Kipevu road at the Kenya Ports Authority (KPA), which is expected to ease the turnaround time for vessels.

The road is about 1.2 km and it has been built in the last two years.

KPA Acting Managing Director Ambassador John Mwangemi said the Kipevu road is very important to the Mombasa Port as it will make the port one that is easy to do business with.

“We are able to move our goods quicker, the ships are now taking three days and not 12 days which means that the turnaround for the vessels is the best for this region,” Mwangemi said.

Mombasa Governor Hassan Joho said that the two projects will bring out an effective and efficient port, walkway, totally lit up roads, thus a possibility to achieve a 24-hour economy which has been a long term dream for the Kenya Ports Authority.

“We have said for many years we want at some point to achieve a 24-hour economy in specific operation areas. Once we do that it means we are creating two more shifts for employment, we will have a lot of young people benefiting from jobs created as a result of this projects. There is no reason why we should not convert to 24-hour operation,” said Joho.

The governor noted that the greatest achievement in the upscaling of Mombasa Port is efficiency, the turnaround time, which has been reducing drastically over a period of time.

High Commissioner Marriott said that the Mbaraki road will last for at least 50 years, cut down the time taken for offloading containers from the ship onto the road from 12 days to at least four days.

Storm water draining will also be fixed on the Mbaraki road to drain water into the ocean.

“Lorry drivers used to have to sit for six hours to get through here but with this road it will be thirty minutes. These are the things that may not look a lot but will transform lives, help rejuvenate the economy, bring jobs,” Marriot said. 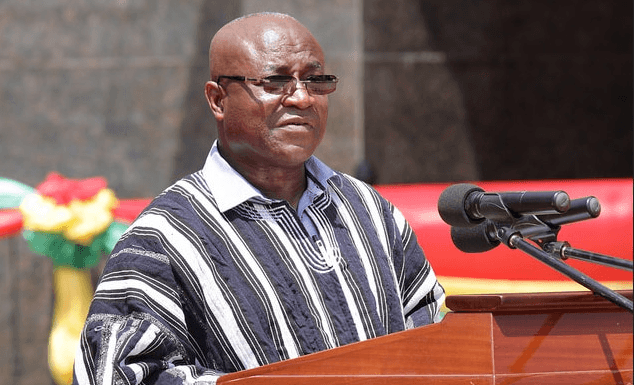