With six months into President Akufo-Addo’s second term of office as leader of the gold country, significant appointments and office assumptions continue to headline the Ghanaian media landscape. The public sector of the West African state has witnessed new appointments for the month of July 2021-The Public Sector Magazine brings to you the top six appointments and position assumptions.

In a statement issued on 21st July from the seat of government and signed by the Director of Communication at the Presidency, Eugene Arhin announced the appointment of the current Director General in charge of Administration at the Service to the topmost position.

51-year-old COP Dr George Akuffo Dampare takes over from James Oppong-Boanuh who was directed by same presidential statement to “embark on terminal leave with effect from August 1, pending his retirement from the Ghana Police Service on October 7.

Dr George Akuffo Dampare’s appointment makes him the youngest ever to hold the office of the IGP since the emergence of the fourth republic, he has served for almost 30years in the law enforcement body from the rank of a constable and has risen to the highest rank of Commissioner of Police.

Amongst his credentials; George Akuffo Dampare (PhD) was a Special Assistant to the Regional Commander, United Nations Mission in Bosnia Herzegovina, Municipal Police Commander, Cape Coast, ADC to the Vice President of Ghana, Accountant/Finance Officer, Ghana Police Service and the Head of Police and Narcotics Desk at the Ministry of Interior.

News of his appointment has been received with high optimism from a cross-section of the Ghanaian public, with notable members of the two major political parties endorsing his new role.

Expectations are for him to increase police visibility and professionalism to clamp down on recent cases of insecurity in the country and restore the “image” of the service.

The Governing Council of Ghana’s premier University- University of Ghana on July 26, announced the appointment of 49-year-old Professor Nana Aba Appiah Amfo to act as Vice Chancellor of the University from August 1st.

The 49-year-old Professor of Linguistics, will become the first woman and the youngest person to serve in the position at the premier University if she is confirmed as substantive Vice-Chancellor by the University Council.

Her appointment follows the expiration of the tenure of the current Vice-Chancellor, Prof. Ebenezer Oduro Owusu, ending July 31, 2021.  Prof. Appiah Amfo is taking over the role “until such a time the University Council appoints a substantive Vice-Chancellor”, the statement signed by Registrar Mercy Haizel-Ashia has said.

Beforehand she was Pro-Vice-Chancellor, Academic and Students Affairs from November 1, 2019.

An alumnus of same University, Prof Amfo had her Bachelor’s degree in French and Linguistics from 1991 to 1996 before proceeding to gain her MPhil and Ph.D. degrees in Linguistics, in 2001 and 2007 respectively from the Norwegian University of Science and Technology in Trondheim, Norway.

If eventually confirmed substantive vice chancellor, she would join the likes of Professor Mrs. Rita Akosua Dickson and Prof. Naana Jane Opoku-Agyemang as the first women to occupy the prestigious position of Vice-Chancellor at the Kwame Nkrumah University of Science and Technology (KNUST), and the University of Cape Coast (UCC) respectively.

Veteran Lawyer Steve Raymond Dapaa-Addo has been appointed by President Akufo-Addo to serve as the Executive Director of the Economic and Organised Crime Office, effective July 9.

Mr Dapaa-Addo practised in Ghana as a State Attorney and in Nigeria, where he worked with the Rivers State Ministry of Justice and rose to the position of Director of Civil Litigation.

He was seconded to the Economic and Organised Crime Office in July 2019 from the National Security Secretariat as a Special Advisor to the Office, until his appointment as the new Executive Director.

Dapaa-Addo succeeds Frank Adu-Poku, who retired from active service in May 2021.

The newly appointed Ambassador of Ghana to the United States of America, Hajia Alima Mahama resumed work in her new role on July, 27.

President Joseph R. Biden on Wednesday, July 7, 2021 accepted her letters of credence by which President Nana Addo Dankwa Akufo-Addo accredited her as the Ambassador of the Republic of Ghana to the United States.

Hajia Alima is the first female to hold that office.

She first served as a Member of Parliament for Nalerigu-Gambaga Constituency from the year 2001 to 2005, Deputy Minister, Ministry of Local Government and Rural Development from May 2001 to April 2003 and Deputy Minister of State, Ministry of Trade, Industry and President’s Special Initiatives, from May, 2003 to January, 2005.

She later served as the Minister of State for the Ministry of Women & Children’s Affairs from January 2005 to January 2009.

Prior to her current appointment as Ambassador extraordinary and plenipotentiary, H.E Hajia Alima Mahama served again as the Member of Parliament for the people of Nalerigu-Gambaga Constituency and the Minister of State for Local Government and Rural Development.

Hajia is a Barrister at Law and was called to the bar in 1982.  She holds a Master of Arts Degree in Development Studies with a specialization in Regional Development Planning from the Institute of Social Studies (ISS), The Hague, Netherlands.

The Parliament of Ghana on July 30,approved the nomination of private legal practitioner and Law Lecturer Mr. Kissi Agyebeng as Ghana’s second Special Prosecutor with the mandate to initiate investigations into all suspected corruption related activities in the public sector.

Mr Agyebeng who was vetted by the Parliament’s Appointment Committee on July 22, was by consensus recommended for approval.

The criminal law lecturer was nominated by the Attorney General, Godfred Yeboah Dame on April 16, 2021 and accepted by President Akufu Addo on July, 12.

He takes over from Mr. Martin Hamidu who served as the pioneer Special Prosecutor until his resignation in November 2020.

Sammi Awuku who until this appointment served as the board chairman of the National Youth Authority would take over from Kofi Osei Ameyaw who was ordered to proceed on retirement in March 2021.

The former youth organiser of the NPP who turned 37 on April 10, hails from Koforidua in the Eastern Region, he holds a Masters Degree in International Relations from the Freie University, Berlin-Germany, an Executive Education Certificate in Public Leadership from Harvard University, (Kennedy School of Government) USA, Diploma of Higher Education in Law from the University of London.

He also holds a Postgraduate Certificate in Public Administration from the Ghana Institute of Management and Public Administration (GIMPA), a Postgraduate Certificate in Advertising, Marketing and Public Relations from the Ghana Institute of Journalism and a Bachelor of Arts in Political Science and Psychology from the University of Ghana, Legon.

Mr. Sammi Awuku until recently was a Director of Strategy and Innovation at the April-June Company Limited in Accra and also a Director at the Brain Hill International School.

He has also served as a Board Member of the Accra City Hotel, from 2017 till date.

In August 2017 he was named “Continental Youth Icon-2017” by the All Africa Students’ Union (AASU) in recognition of his long-standing contributions towards youth development on the African continent.

Similarly, in August 2014 he was named amongst the top 50 rising African stars by the Paris-based Africa Report Magazine.

Other appointments for the month include the appointments of Mr. Isaac Kofi Egyir to act as the Director General of the Ghana Prisons Service and new roles of Mr. Kofi Agyepong, and Mr. Jefferson Sackey as deputy communications directors at Jubilee House. 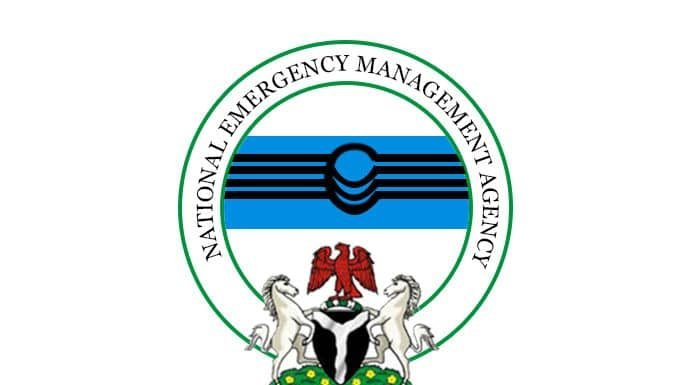