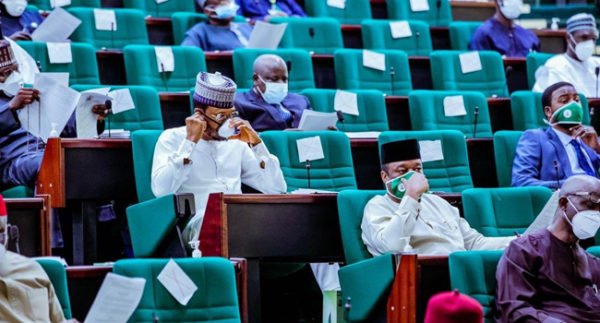 The House of Representatives has urged the Federal Government to lift the embargo on employment into Federal Ministries, Departments, and Agencies.

This followed the adoption of a motion by Rep. Sani Bala (APC-Kano) on the floor of the house which he made recently in Abuja. Bala in his motion said President Muhammadu Buhari had in October 2019, while presentating 2020 budget, announced an embargo on recruitment in Government Ministries, Departments and Agencies (MDAs).

He said that the President had also maintained the federal government stand on the embargo due to the devastating effects of the COVID-19 pandemic and the fall in Ggobal oil prices.

And  that by its role as the major employer of labour in the country, the action of the federal government not to sack or reduce salaries of its workers at the time was encouraging.

He said that this has no doubt helped to reduce the worsening effects of the pandemic in the country. The lawmaker said that in its attempt to address the adverse effects of COVID-19, the federal government instituted stimulus packages of N65 billion to assist a coalition of private sector operators.

Additionally, he reiterated that N50 billion survival funds were given to Micro Small and Medium Enterprises (MSMEs) and N15 billion guaranteed uptake scheme to save 500,000 jobs, among other interventions.

He said that the projection made by the Minister of Labour in 2018 that Nigeria would record an unemployment rate of 33.5 per cent by 2020 was made worse by the pandemic.

Bala said that Nigeria, like many other countries, ought to have begun a post COVID–19 era by implementing measures geared towards revamping the economy and improving other socio–economic activities.

In conclusion, the House also urged the organised private sector to fill existing vacancies in order to reduce the rate of unemployment in the country. The house said this was sequel to the interventions the private sector might have enjoyed from the federal government and other development partners.