The Minister of Special Duties and Inter-Government Affairs , Senator George Akume, has said efforts are underway to recover the backlog of over N100 billion revenues due for government from the lottery sector.

As a statement being disclosed by the minister at the virtual official inauguration and handing over of vital medical equipment funded by the National Lottery Trust Fund to the Federal Medical Centre (FMC) in Yola, Adamawa State

Akume explained that it is on that note that the federal government has re-affirmed its commitment for the immediate take-off and deployment of the Central Monitoring System having been identified as a viable option to remove all inefficiencies in the lottery industry.

In furtherance, Akume added that the monitoring team would ensure prompt remittance from operators and permit holders in line with the extant law.

“I will like to charge licensees and permit-holders to without further delay, pay-up their outstanding liabilities or risk the revocation of their licenses and permits.

“Accordingly, all persons and organisations licensed to engage in national lottery business should be ready to meet up with their statutory obligation to avoid being sanctioned.

Additionally, to note, the government is committed to ensuring that returns obtainable from other non-oil sources of revenues are maximised, hence lottery is one of such alternative revenue sources that this government has identified and is determined to make it more productive and sustainable,” he said. 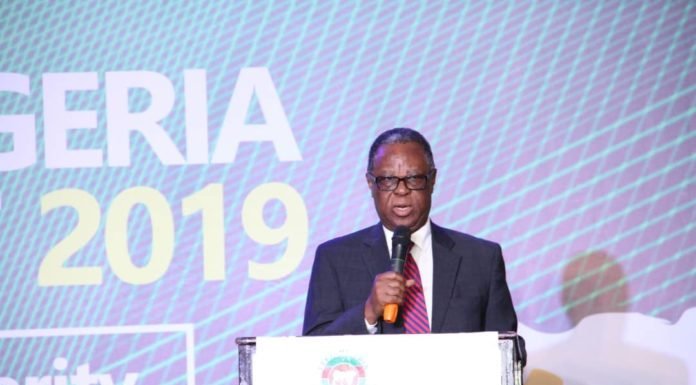