The three months training organised by the TAEC in collaboration with the European Union (EU) was specifically on analytical techniques and majored on radio-analytical chemistry, as a field in simultaneous analytical chemistry and applied radiochemistry that is concerned primarily with the use of radionuclides and ionizing radiation for analytical purposes.

During the official closure of the course recently, TAEC Director, Professor Lazaro Busagala urged the participants to make use of the gained knowledge and skills to ensure that nuclear technology is applied safely in their countries and protect the public and the environment against possible adverse effects of radiation.

“You have gained enough skills in this training. I urge you to make sure that you transfer the knowledge gained into practice and transfer the experience attained to other colleagues in your respective countries,” said Professor Busagala.

Moreover, he said that despite the challenges and threats of the ongoing Covid-19 pandemic that has affected many countries around the globe, the participants continued to concentrate on the training for three months, while observing all precautions against the disease.

Equally, Prof Busagala requested all the participants to ensure that they continue to take all the necessary precautions to protect themselves against the Covid-19 infections on their way back to their countries, and maintain all safety precautions, while continuing with their work.

Expounding, he called upon the EU to develop greater cooperation with them aimed at supporting more acquisition of equipment for the next phase of the laboratory, adding that the construction of the second phase is complete and will be a training center for nuclear technology.

Construction of the laboratory is expected to be completed, by the end of this year.

Meanwhile, the Project Manager, Ms Genevieve Lizin, on behalf of the EU thanked TAEC for accepting to host the training and coordinating the participation of the trainees and several professionals from the University of Dar es Salaam, who were requested to deliver lectures during the whole session.

Ms Genevieve was impressed by TAEC’s long term plans on establishment of the nuclear technology training centre that will be used by the East African region.

Tanzania has gone an extra mile in the field of atomic energy and radiation by becoming the second country in Sub-Saharan Africa to put in place a modern laboratory complex that would increase safety and control radiation sources in the country.

TAEC is embarking on a second phase of constructing a laboratory complex of its own kind that will put the country ahead of the other five East African countries in the field, that includes strengthening its services through calibrating and testing of radiation detection equipment.

The foundation stone for the complex was laid at TAEC Headquarters at Njiro, in the outskirts of Arusha City by the Minister for Education, Science, Technology and Vocational Training, Professor Joyce Ndalichako on March 21 this year.

Contract for the construction was signed between the Tanzania Government and a Chinese firm, Li Jun Development Construction Company in September last year and is seeing some 10.4bn/-put in use for construction of the lab.

Tanzania will be only second after South Africa in the Sub-Saharan region with such a complex and modern lab technology that meets international standards in atomic energy and nuclear instrumentation.

It will include eight laboratories and a training centre that is important for security purposes.

The laboratory will be of a great use in the implementation of industrialisation policy and in the mineral sector as the country is about to start mining uranium, so that residents of the country are devoid of negative effects from such mining. The first phase of the lab cost 2.5bn/-and was launched by Prime Minister Kassim Majaliwa last year. 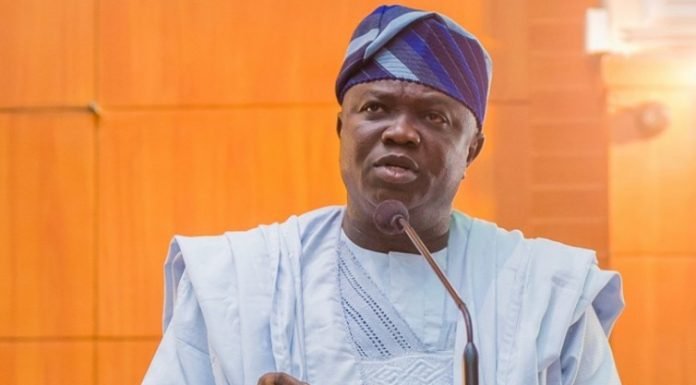 CBN, Banks Commit N25bn to National Theatre and others