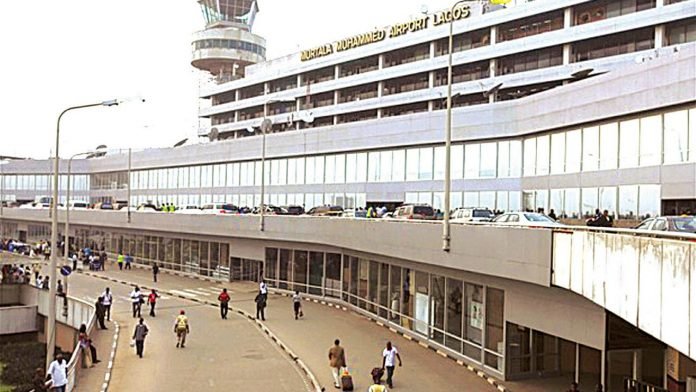 Stakeholders in the Nigerian aviation industry have commended the former Comptroller of the Nigeria Immigration Service (NIS) at the Murtala Muhammed International Airport (MMIA), Lagos Mr. Dikko Yashe, who has been redeployed by the service to head the Kano State Command.

Players in the industry said since Yashe was posted to the command about a year ago, he had entrenched discipline, transparency and hard work among the immigration officers at the airport and urged the personnel to follow his footprint.

The South West Terminal Manager, Federal Airports Authority of Nigeria (FAAN), Mrs. Victoria Shin-Aba, in her comment, described Yashe as a very proactive and effective officer who within a year and ensured total change and sanity in the facilitation by Immigration Service at the command.

According to her, Yashe collaborated with FAAN in the Ease-Of-Doing-Business policy of the federal fovernment and improved the rating of immigration at the airport within a year.

“I want to say we are going to miss you for the very good work you have done since you came onboard. Within the period, you brought lots of facilitations to immigration and operators at this command. Through your efforts, immigration officers at the Lagos airport, were re-orientated and today, you can say they are performing very well.

“I appreciate working with you in private and public capacities. You have been a very effective person in all you do. I can only hope that the person coming after you will follow your footstep and improve on whatever thing you have put in place. May God continue to guide your movement.”

Also, the Director, Department of State Security (DSS), Airport Command, Mr. Oludare Gabriel, said Yashe believed in collaboration with all other security agencies at the airport. He charged other officers of the command to emulate Yashe in the discharge of their duties.

“I enjoyed working with you. I hope to meet you in the future. One of the things we emulate Yashe in is that we should always look beyond uniform in whatever we do. Also, we should at every point in tine have it at the back of our minds that there is life after this place,” he said.

A stakeholder in the sector, Mr. Henry Amaechi, said Yashe discharged his duty professionally throughout the period despite the myriads of challenges at the airport.

Amaechi, explained that both airlines and immigration service represent the image of any nation, stressing that for the industry in particular and the country as a whole to move forward, there was a need for synergy between the two parties.

“This man for the short period he spent at the airport has been very cooperative and supportive, very committed and there is no time you call for any assistance that he will hesitate to render it. It is rare to celebrate an outgoing Airport Commandant, but he’s been recognised for her commitment today,” he said.

He added that the service needed personnel who are as dedicated and hardworking as Yashe, stressing that he has the aural of professionalism around him always.

Responding, Yashe thanked all the immigration service staff and other personnel at the Lagos airport for simplifying his job within the period.

He insisted that the cooperation of other personnel made it easier for him to bring the needed changes to the command and charged those present to extend same cooperation to the incoming comptroller.

Under Yashe’s command, immigration won several awards and laurels, which included the Nigeria Aviation Award as the ‘Best Agency for International Trade and Travel Facilitation 2018’, ‘Sir Ahmadu Bello Leadership Award 2018,’ given by the Northern Actors Forum, ‘Best Agency 2018 in Passenger Facilitation and Implementation of Ease-of-Doing-Business’ at the Lagos Airport, given by the Presidential Enabling Business Environment Council (PEBEC) and ‘Transparency Award 2018’ by Transparency Africa, amongst other recognitions.

The highlight of the ceremony was the giving out of gifts by individuals and organisations at the command. Yashe, was redeployed to Kano State to head the entire command.