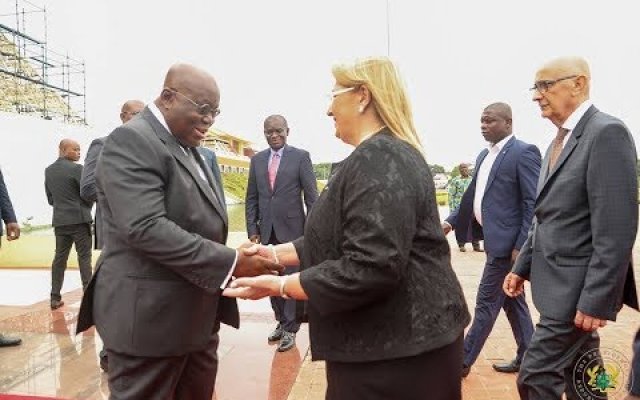 Ghana has signed an Air Service Agreement with Malta which will see the national airline of the Mediterranean state flying directly to Ghana.

The direct flight would be the first of the Maltese carrier, Air Malta, to sub-Saharan Africa.

The two nations also signed other agreements on the agreed minutes of the second meeting at the technical level on Ghana, Malta permanent joint commission on full bilateral cooperation, and double taxation.

Ghana’s Foreign Affairs and Regional Integration Minister, Shirley Ayorkor Botchwey signed the agreements on behalf of Ghana and the Maltese Minister for Foreign Affairs and Trade Promotion, Carmelo Abela, signed on behalf of Malta. The signing ceremony was witnessed by President Akufo-Addo and his Maltese counterpart, Marie Louise Coleiro Preca, at the Grand Master Palace in the city of Valletta.

Addressing a joint press conference after the signing ceremony, President Akufo-Addo indicated, “The possibility that we are going to have Air Malta coming to Accra directly from here is also a very encouraging sign for us.

“Hopefully by the end of this year, a new national Ghanaian airline will also come into being and that can be also another conduit for our two countries,” President Akufo-Addo said.

On the issue of migration, President Akufo Addo said it has become a sensitive matter confronting Malta, the rest of Europe and the African continent.

“Our attitude in Ghana is that we want to create the conditions that will make our country and our economy attractive to our young so that they can see their future in Ghana rather than this hazardous undertaking that some of them have been forced into crossing the Sahara, coming to take their chances on rickety boats to cross the Mediterranean,” the President said.

The Maltese President, Marie Louise Coleiro Preca, in her statement, said Malta is excited about the new wave of relations development between her country and Ghana. She observed that one of the most important areas of focus that both Ghana and Malta will have to pay attention is the development of their youthful populations.

“Let us always emphasize the inclusion of our young people at every level of social, economic, political, and cultural engagement. Our young people are essential contributors to our societies and friendship between the youth of Malta and Ghana will translate into stronger connections between our peoples, both now and in the future,” President Marie Louise Coleiro Preca said.

Ghanaians make up 98% of employees in mining sector – Mining Chamber