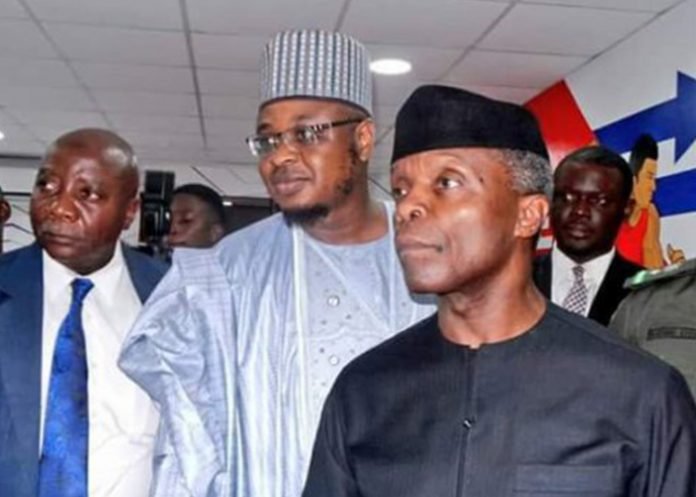 When the Vice President of the Federal Republic of Nigeria, Professor Yemi Osinbajo SAN, gave his steering speech at the 2016 e-Nigeria International Conference and Exhibition, emphasising the point that the President Buhari administration is set to reset Nigeria’s economic architecture by diversifying from oil dependency and leveraging on ICT as a critical contributor to the economy, some people felt it was the usual talk by political leaders, without any intention to bring the vision to fruition.

But events have come to prove that real change is happening in the way government is engaging with Tech. In 2017, Mr President himself attended the e-Nigeria International Conference and Exhibition to give his scorecard on support for the Information Technology sector and his plans for its further development.

It was therefore not a surprise when I received the mail that I was to join His Excellency the Vice President (VP) for a tour of the Innovation Hubs in Lagos. Although NITDA through its Office for ICT Innovation and Entrepreneurship (OIIE) embarked on a similar trip in November 2017, having to accompany the VP is something special.

The purpose of the visit was to gain first-hand knowledge of the innovation ecosystem. The Honourable Minister of Science and Technology, Dr Ogbonaya Onu, was also on the VP’s entourage. This was not a regular official function, it was not a time of talking and lecturing the citizens about what government has done or not done; it was a time to LISTEN.

Indeed, we listened to our young, vibrant, passionate and highly motivated youths. They demonstrated to us that the best of Nigeria is yet to be unveiled. It was a tour that gave hope to all. The young people saw in the government team, a breath of fresh thinking.

They did not see the grand-standing and disruptiveness that such a visit would have caused in the past. They remained at their work, coding, some were eating some were taking selfies with the VP. It was such a joy to see the glee on everyone that day.

We listened to the Paystack story, how Shola and Ezra began a quiet revolution in payments processing back in 2014. Paystack has now become one of the most efficient payment processors in the country. Many did not pay attention to Andela until Mark Zuckerberg announced an investment in the Startup. Andela set out to solve the problem of top-class IT skills gap in Africa and the world. Andela recruits interns after a rigorous process in which less than 1% of over 70,000 scale through.

The interns then go through a six-month intensive bootcamp that sharpens them to become world-class. The energy, intelligence and zeal of the over 500 strong office of young people in T-shirts and Jeans is enthralling. Sulyman, the VP Global Operations, gave the visitors an expose on the business model, opportunities and challenges of Andela.

Flutterwave is sited in a bunker-like structure. This company was founded by a team of ex-bankers, entrepreneurs and engineers. In less than two years of its founding this payment gateway has processed transactions valued over $2 billion and has over 45,000 merchants.

Time would fail me to talk about Autogenius, Carido, Asoko Insight, Branch. These are startups that provide solutions ranging from auto-mechanics, micro insurance, micro loans, corporate intelligence etc. Indeed the Nigerian genius is unleashed and we at NITDA are paying close attention.

We visited 6 places and listened to 14 Startups tell us what they do. FarmCrowdy solves the problem of under-utilized arable farm lands, help farmers access capital, help people invest in agriculture without owning a farm and everybody gets a share of the profit. That is amazing indeed. At Africa Fintech Foundry (AFF) operated by Access Bank Plc., we saw an organisation getting itself ready for the new face of banking and finance.

The final stop was at Co-Creation Hub, Yaba. This pioneering beehive of innovation is not resting on its oars. Cc-Hub is giving Nigeria its first home-grown cyber-security platform called Safe-Online. In the same place we met Re-Learn, a Startup that is working to transform difficult educational concepts into funny cartoons. We spoke with the Managing Partner of Growth Capital, Tunji Eleso who told us how they are helping fund innovations of Nigerians by Nigerian investors.

Throughout the tour, I as the Director General/CEO of the National Information Technology Development Agency(NITDA)paid very close attention and took notes copiously. I noted the opportunities and challenges of the sector as well as the impact or gap of our interventions as an Agency of Federal Government. Since we came on-board, I had often reiterated my resolve to impact the ‘Forgotten Ones’ in the tech ecosystem. By this I mean the enterprising Startups, the Women, Children and small enterprises. One of the things we did was to reposition OIIE not as a competitor with the Hubs, rather to be a facilitator and policy compass to ensure the sector got all what it needed to grow. In this regard, we prepared a draft of the Nigerian ICT Innovation And Entrepreneurship Framework(NIIEF).

The objective of the Framework is to cast a vision for the ICT innovation ecosystem, identify the stakeholders, define critical roles of NITDA in their development and responsibilities of all stakeholders. A stakeholders’ engagement was held in the 4th quarter of 2017, where representatives of the Hubs, Academia, States and Federal Government all made inputs to the Draft. The Draft was further scrutinized at the recently organised I4Policy Hackathon held in Lagos and Abuja. Inputs of stakeholders have been taken and would continue to be until we have a document fit-for-purpose.

The IT Projects Clearance function of NITDA has also become a veritable instrument to empower Startups in Nigeria. The Committee has been gathering data to identify IT projects that can be reserved for the small-scale tech companies. Our goal is to engage the relevant Agencies to find a way to reduce the entry barrier for young people to bid and win government contracts in areas they have shown relative competence.

Also, we have insisted on local content where such capacities exist. Another initiative we are experimenting at NITDA is to match Startups and Hubs with successful winners of our project bids. This has proven successful in some of our programmes and projects as the young innovators bring agility and fresh-thinking to the process while getting experience and finance. We would ensure this programme continues and grows to become a model for implementing IT and other projects in Nigeria.

Indeed, the creative zeal and passion of the Nigerian youth has caught the attention of the world and President Muhammadu Buhari’s administration is paying close attention and giving the necessary support without disrupting the disruptors. 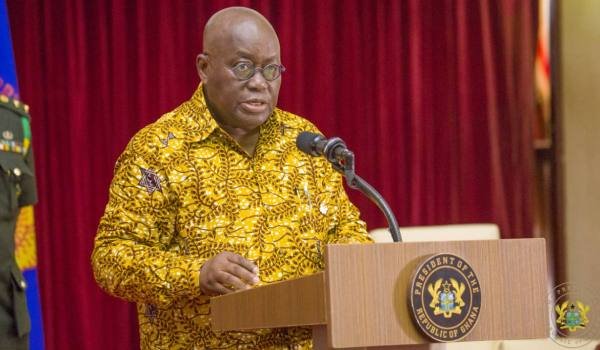 BoG to inject $800m into reserves to stabilise cedi