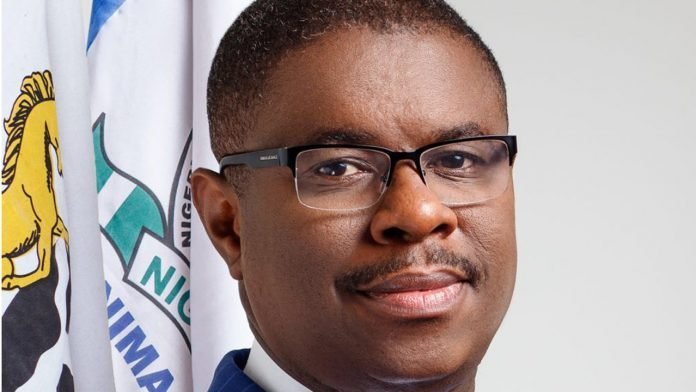 The Director-General of Nigerian Maritime Administration and Safety Agency (NIMASA), Dr Dakuku Peterside, has weekend bagged the Maritime Living Legend award just as he advised the media in Nigeria to concentrate their effort and attention on productive reporting aimed at spurring positive action in the country, especially in the maritime sector.

Dakuku Peterside Peterside was awarded the Living Legend award for his outstanding performance and contributions in the maritime sector.

Speaking at the award ceremony organized by Maritime Media Limited, Peterside said the media, as a major stakeholder in the maritime industry, should make reports meant to keep the Agency and other players in the sector on their toes, their main emphasis.

“There is great transformation going on in the maritime industry and we can achieve more when all the stakeholders are put on their toes by the media; more can be achieved through constructive criticism,” Peterside stated.

Presidency in dilemma over agency to strip EFCC, ICPC, CCB, others of power He said NIMASA would continue to leverage its key resources, including existing structures and stakeholders’ support, to push back the frontiers of transformation.

Speaking in a similar vein, Managing Director of Maritime Media Limited, Elder Asu Beks, said the NIMASA DG deserved the honour bestowed on him because of the transformational initiatives he had brought to the Agency since his assumption of office.

The Pere of Akugbene Mein Kingdom, in Bomadi Local Government Area of Delta State, His Royal Majesty Pere P. Luke, Kalanama VIII, while presenting the award, said, “The recognition is as a result of the track record of positive impact made by the Agency and its leadership in the industry that has distinguished them from others.” AfDBank Approves $1 Million Grant for Uganda to Guide Against Ebola...

Ghana and Nigeria Take Lead on List of African Markets to...