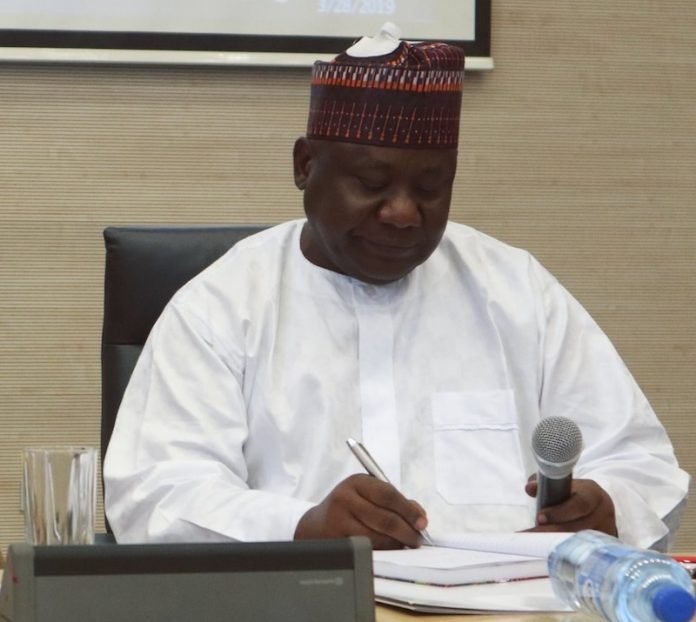 The Federal Government has developed a scorecard for the ranking of websites of Ministries, Departments and Agencies (MDAs), to help in rebranding public service.

The Director General, Bureau of Public Service Reforms (BPSR), Engr. Dasuki Arabi, made the disclosure in an interview with News Agency of Nigeria (NAN) in Abuja.

Arabi said that the main objective of the ranking was to open government to the citizens by providing information going by the evolution and current trend of information dissemination worldwide.

He said the idea was in line with the Executive Order on “Ease of Doing Business” and Open Government Partnership commitment of the Muhammadu Buhari administration.

“The media system is changing; websites are becoming very important and they have taken over what we do manually as the link of mam-to-man is being cut off.

“If you are looking for anything now, just go to the website. We need to encourage our website administrators to work and that is why the scorecard came on board.

“Basically, the Bureau of Public Service Reforms (BPSR) was created in 2004 to serve as engine room for reforms at the federal level and as I said, we monitor, we initiate, we inform and we also evaluate reform activities in every facet of government at the federal level,” Arabi said.

According to him, the reform and rebranding process in the public service will be holistic as it will affect different areas of governance.

He said BPSR was already working with the Advertising Practitioners Council of Nigeria (APCON) to lead the rebranding process.

“We are talking about Public Service, not Civil Service reforms,” he added.

Arabi said BSPR had been positioned with key values of integrity, leadership, external awareness, result driven and creativity to ensure it achieved a good system within any government establishment.

He said the Federal Executive Council (FEC) had received a working document on National Strategy on Public Service Reforms for approval to help give direction to the rebranding process.

“We hope to make the best use of technology available to us to drive awareness, inform Nigerians and improve on patriotism if there is any, if there is none, then, we encourage that.

“Before BPSR came on board, there were pockets of reforms in various sectors of government and one of the reasons we came was to put all these things together to have a one-stop-shop for everything about reforms.

“When we came, we developed a document on National Strategy on Public Service Reforms which is a coordinating document to put together all aspect around reforms in every sector of government.

“The document came on board since 2007 and we are glad to say that more than 75 per cent of the aspirations of the Public Service Reforms have been implemented, though it has not been passed by the Federal Executive Council (FEC), we are glad to inform you that the SGF has approved its adoption.

“It has gone to the cabinet secretariat and we hope that the next sitting of the current cabinet will see it approved; but weather it is approved or not approved, it is a working document and Nigerians need to know that we have this,” Arabi said. (NAN)