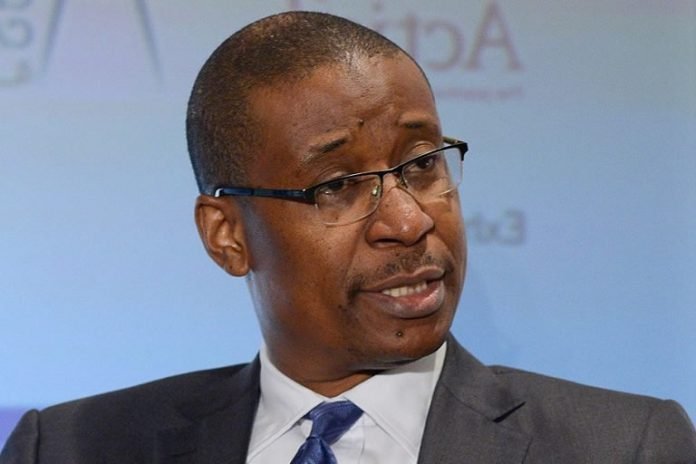 As the Federal Government plans to grow the economy through the setting up of special economic zones, the initiative rests on the shoulders of Dr Okechukwu Enelamah, the Minister of Industry, Trade and Investment.

To achieve that goal, the Minister and members of his management have created a special purpose vehicle for the project, even as they target to raise $500 million to oil the wheels of the project.

At a recent interface with select journalists in Abuja, Enelamah said the Nigerian government is expected to provide 25 per cent of the $500 million ($125 million), while offshore investors and financial institutions will provide the balance.

In this interview, he speaks more on the various projects under his watch.

Industrialisation is the pillar of our five-point agenda in the Ministry of Industry, Trade and Investment. Under industrialisation, there are three policies that we are pursuing that we think we make an impact on industries or industrialisation over time. The first one is that we have established an Industrial Council, something called Nigerian Industrial Policy and Competitiveness Advisory Council, which the membership is made up of leading stakeholders in the private sector and senior members of government, Ministers, CBN Governor and it’s chaired by the Vice President and I’m the Vice Chairman.

The whole idea of this Industrial Council is that we look at the critical issues affecting the industries, with a bias for implementation. There are six broad areas we focus on which are, critical infrastructure, financing for industry, policy stability, skills acquisition and vocational training, trade and market access and finally working with the states. From the point of view of basically making sure that those things that industrialists and manufacturers want from state, whether is in terms of land, addressing multiple taxation and so on, those things are addressed. The second area which is where this question is focused on is that we also decided that we would industrial infrastructure. First we look at all the countries that have been industrialised, in fact the rapidly industrialised country in the last thirty years, we saw a common trend, we recognised that when it comes to infrastructure, it’s simply too complex, we also understand that industry is so important that they prioritize infrastructure for industry. And they concentrated their efforts in terms of power, transportation, logistics to make sure those places became very competitive centers of excellence and that does a wonder when it comes to rapid industrialization.

Nigeria has talked about it for 30 years but we have never really added concerted efforts to break the back of this problem and doing it. So, one of the things we focus on is doing it.

In the last four years, we also focused on sector reforms within industry; like what are those sectors or areas within the industry or commodities or products where we have a comparative advantage? Where we ought to have specific policies that will help grow those things here and produce them here? And normally, it’s agro-processing. You know Nigeria is very endowed when it comes to agriculture and petrochemicals. In those two areas, we have come up with various policies to address particular commodities or products. So, if you look at tomatoes, cassava, oil palm, cashew nuts, cocoa, these are things that we did in the past and the point now is that how do we ensure that we produce them in sufficient quantities and quality and also process them? And we have done a number of those. You then come back to the question of industrial clusters and special economic zones, when the President went to China in 2016, I went with him. He visited a number of special economic zones in China and it was an eye opener.

While there, we met one of the top advisers who is a Chief Economist at the World Bank, who is now in the business of advising other countries on what they did. We invited him, he came and shared their experience with us. When we came back, we now decided to launch project made-in-Nigeria for exports.

This is because if you can produce to the point where you are competitive enough to export, then you will be competitive enough theoretically as well and addressing problem of basically import. And in other to do that, you come back to industrial infrastructure, and knowing that we can’t afford the resources, the know-how or capacity to do it all alone, we decided to pursue a strategy of public and private partnership with other players who are interested. We targeted raising $500 million in the first instance to just build this industrial infrastructure but I’m aware that it will be done to world class standards, using world class governance, management and policies and operations. We called that initiative Nigeria Special Economic Zones Investment Company.

I’m sure you have heard the talk about a private company, the so called private company uses private public partnership which the President supervised a signing ceremony with this other investors on February 8, it was a high point of more than one year of work. So, trying to dismiss that effort as the main effort of one man is mind boggling. It’s just one of those surprises which you have to deal with operating in Nigeria because it raises the question of what more could you have done. If the President of a country sits over a ceremony where investors come in, we are talking about the likes of Afreximbank, AfDB, African Finance Corporation, Bank of Industry and Nigerian Sovereign Investment Authority. Now, these five players with the Federal Government owning 25 percent through the Ministry of Finance Incorporated were those that came together. Two of them came as observers, two signed the agreement (Afreximbank and Bank of Industry) and one signed a MoU to complete their work, (Nigerian Sovereign Investment Authority). And all that work has progressed since then. The reason that is important is because you’re targeting raising $500 million with Federal Government providing 25 percent and we have been working on that, and we are looking to establish world-class modern industrial parks across the country.

We are also looking to revamp two existing industrial parks that the government own, Calabar industrial park and the one in Kano. And all that is on-going because we have gotten approval. What we are doing now is attempt to establish three more as a module. We have one in Lekki where we are trying to do one for export of textile, garments and another one in Abia state and its a huge facility of about 9,000 hectares and another one in Katsina for cotton and all these things have received approval and we are now going through the budget process which has been a subject of media attention in the last several weeks. The whole idea is that this will continue for the next ten years.

What do we want achieve with these, we believe that if we do this right, we will be able to generate over 30 billion dollars of exports. And this could become an annual stuff once it reaches maturity. The research also showed that we will create 1.5 million direct jobs, and for each direct job we create, you create six or more indirect jobs, so we are basically looking at ten million jobs. We also want to move manufacturing industry from 10 percent to 20 percent. This is an extremely important initiative of the government and its important it’s reported right so that people can understand and support it.

First, we have worked with the Senate on this and they actually helped to select some places where we are doing the feasibility studies and expansion. So, if you go to 2017/2018 budget you will see it. What happened was I believe that some mischief makers went to the Senate and told them to watch it, that it looks like a private thing, that made them raise the question that how come we are trying to establish Nigeria special economic zones company, whereas for example Nigeria Export Processing Zones Authority can do it? And if you are partnering with the private sector you can’t tell them to come and buy shares, they cannot buy shares, it’s an agency. So, telling NEPZA to do it is ill advised unless NEPZA will register the company, and we are working with NEPZA.

We have a steering committee where we included them. However, mind you, it’s not necessarily a bad thing that questions are being asked, the important thing is those questions need to be addressed and we need to stay focused and achieve the result. And my recommendation to the government will be that the engagement must continue and also the investment must continue, we passed the point of no return, the president has supervised the signing agreement and they are legal agreement, work is ongoing and I believe we will implement them the right way.

These things have a multiplying effect, if you look at my previous background I was in the equity business. $500 million is the equity, this means that any company capitalising $500 million, first of all can raise multiples of that effect. The reason they are interested is not just because they will contribute the equity, but also because they will provide the infrastructural financing, the project financing. In fact organisations like African Finance Corporation told us that their main interest is infrastructure, inside and outside fence infrastructure as project finance. But obviously, we are saying come together as a club first own this umbrella company, that will supervise and provide management and a goodwill. It also gives us an opportunity to work with the rest of the government. So, the special economic zones will be included in our plan. It will be the focal point in terms of making sure that the projects actually receive attention and are properly implemented to world class standards.

Investments can be looked at in different forms, there’s foreign and domestic investment, there’s portfolio investment and then there’s direct investment. Let me focus on direct investment, if you look at foreign direct investment for instance, when we came in it had declined because of the oil price and pressures on the currency. What we did was to strengthen Nigerian Investment Promotion Commission, we also relaunched the export expansion grant , we now starting monitoring and all those things were to engage businesses and various stakeholders. The first sign that you monitor is the commitment people make. The investments people have announced I will give you another example, when the President was in China last year for the FOCAC as it is called; we met with the Ruyi group one of the largest and most successful Chinese international textile garment company. 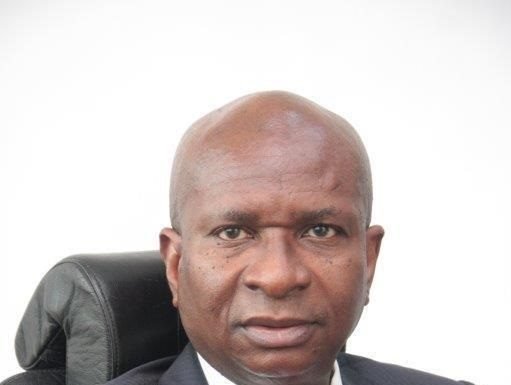 I cherish and treasure my reputation for probity and accountability,– Dr....