The Federal Government has disclosed it would establish Specialized Courts for the speedy and seamless trial of Rape/Gender-Based Violence Offences in the country. The Attorney-General of the Federation and Minister of Justice, Abubakar Malami, SAN, made the statement at a joint press briefing he held with the Executive Secretary.

The Attorney-General of the Federation and Minister of Justice, Abubakar Malami, SAN, made the disclosure at a joint press briefing he held with the Executive Secretary of the National Human Rights Commission, NHRC, Mr. Tony Ojukwu, on modalities for the eradication of Gender-Based violence in Nigeria.

He said the Specialized Courts, when established, would ensure the timely trial of all pending and incoming rape and other related Gender-Based Cases and facilitate their conclusion within record time.

Malami stated; “To tackle this hydra-headed menace headlong, my office (the Federal Ministry of Justice) is currently engaging with respective Heads of Courts”. Furthermore, he said the government has also commenced the review of all existing laws and policy instruments relating to rape, child defilement and gender-based violence in the country.

According to the AGF whose speech was read by the Solicitor-General of the Federation and Permanent Secretary of the Federal Ministry of Justice, Mr. Dayo Apata, SAN: “This, in essence, will enable holistic review aimed at proposing relevant legislative changes required to bridge the gap between policy guidelines and implementation mechanisms required for effective prevention and investigative counter-measures.

“For purposes of deterrence, efforts are being put in place in developing a framework for effective introduction of Sexual Offenders Registrar in our various police formations, including all in the security agencies. “This will further invoice the collation and publication of the data of all sex offenders in Nigeria, aimed at facilitating public humiliation and deterrence to such conduct”.

He commended President Muhammadu Buhari for pledging the commitment of the Federal Government to protect children from sexual violence, domestic abuse, and exploitation, on June 16, when the nation marked the 2020 Day of the African Child.

“His Excellency had further reiterated that the present administration will continue to ensure that every Nigerian child will secure quality and affordable education through free and compulsory basic education for the first nine years of schooling”, Malami added.

In his address, the Executive Secretary of the NHRC, Mr. Ojukwu, decried that public outrage and horror on account of rape and other violent crimes against women and girls leading to the death of some of the victims has reached a horrifying and scary proportion in recent times. He said: “In all, the statistics of women and girls being raped and abused on a daily basis comes from all parts and regions of the country.

“Rape and SGBV is a gross violation of human rights and a crime. It is a violation of the right to dignity, right to life, right to sexuality, based on discrimination. It is not only abused by the perpetrator but also a violation when the responsible authority fails to take action to ensure redress and accountability to victims and survivors”.

He said government at all levels must put in place, laws, policies, and programmes directed at addressing and eliminating all forms of violence against women and girls, children, persons with disabilities, and men. “Laws such as the VAPP Law and Child Protection Laws should be tailored to address the issues around Rape and SGBV, particularly to prescribe remedies and punishments to survivors and perpetrators, respectively.

“Government should also put in place programs for prevention, protection, and provision of services to those vulnerable groups affected or impacted by Rape and SGBV. “Strengthen institutions such as the police and the Judiciary tasked with the provision of these services and provide accessible essential services to survivors as well as ensure accelerated disposal of cases on Rape and SGBV.

“Government and all relevant stakeholders should equally look into certain harmful traditional practices that infringe on the rights of women and girls by placing the female gender in a subordinate position to the male and thereby making her more vulnerable to Rape and SGBV.

“There is the need for the police and other first responders to be sensitive to the need of the victims to avoid doing more harm to the victim/survivor through words and actions that tend to re-victimize the survivors. “There is, therefore, need for capacity building and development for these categories of responders”, the NHRC boss added. 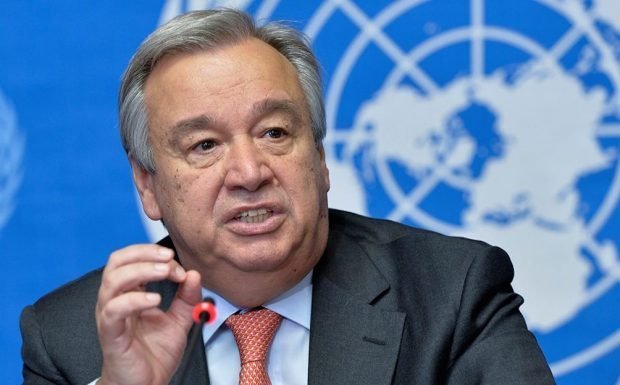