President Muhammadu Buhari has approved the nomination of a former two-term Minister of Finance and former Managing Director (Operations) of the World Bank, Dr. Ngozi Okonjo-Iweala, for the position of Director-General of the World Trade Organisation (WTO).

The nomination comes about three weeks after the incumbent, Mr. Roberto Azevêdo, announced that he would step down from the position on August 31, 2020, cutting his second term short by one year.

The decision, according to Azevêdo, is to give his successor the time to work with WTO members to shape the strategic direction for the Twelfth Ministerial Conference (MC12) and beyond.

The election is scheduled to hold in Geneva, Switzerland next year.

In a five-page document as quoted dated June 4, 2020, that was addressed to all embassies and permanent missions in Addis Ababa, the federal government also withdrew the candidacy of Yonov Frederick Agah, Nigeria’s permanent representative to WTO, for the same position.

The document stated: “The embassy of the Federal Republic of Nigeria and permanent mission to the African Union (AU) and United Nations Economic Commission for Africa (UNECA) presents compliments to all embassies and permanent missions in Addis Ababa and has the honour to inform that the Federal Government of Nigeria has withdrawn the candidacy of Ambassador Yonov Frederick Agah for election to the position of Director-General of the WTO.

Also to note, in the statement, it reads: “In this regard, the Mission also wishes to inform that his Excellency, President Muhammadu Buhari, has approved the nomination of Dr. Ngozi Okonjo-Iweala to replace Ambassador Agah, as Nigeria’s candidacy for the position of the Director-General of the WTO, for the term 2021-2025 at the elections scheduled to hold in Geneva, Switzerland in 2021.

“Nigeria is, therefore, pleased to request the support of esteemed AU member states as well as permanent missions and embassies in Addis Ababa in favour of the candidacy of Okonjo-Iweala.”

It described Okonjo-Iweala as a renowned global finance expert, an economist and international development professional with over 30 years of experience, having worked in Asia, Africa, Europe, Latin America, and North America.

She is presently the Chair of the Board of GAVI, the Vaccine Alliance. Since its creation in 2000, GAVI has immunised over 760 million children across the globe. She also sits on the boards of Standard Chartered Plc and Twitter Inc. She was recently appointed African Union Special Envoy to mobilise international financial support in the fight against COVID-19, as well as Envoy for the World Health Organisation’s access to COVID-19 Tools Accelerator.

In addition, Okonjo-Iweala served twice as Nigeria’s Finance Minister, from 2003-2006, 2011-2015 and briefly as Nigeria’s Foreign Affairs Minister in 2006, the first woman to hold both positions.

She had a 25-year career at the World Bank as a development economist, rising to the number two position of Managing Director (Operations).

Okonjo-Iweala spearheaded several World Bank initiatives to assist low-income countries during the 2008-2009 food crisis and later in the trying period of the global financial crisis.

Additionally, in 2010, she served as Chair of the World Bank’s successful drive to raise $49.3 billion in grants and low-interest credit for the poorest countries in the world. 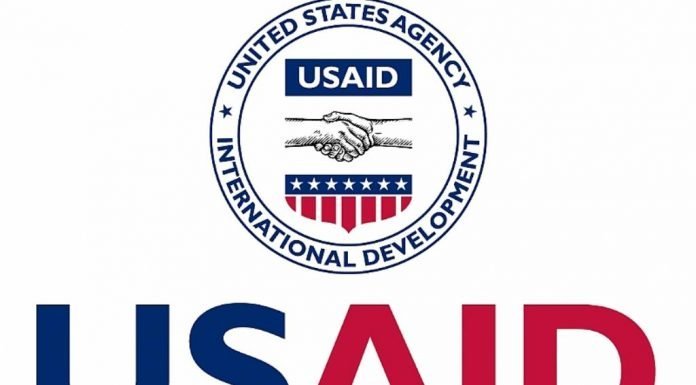 US Partners Nigeria on ‘Feed the Future’ Initiative