Aviation industry stakeholders have applauded the plan by the federal government to provide bailout for domestic airlines to assist them to surmount the challenges of the COVID-19 pandemic.

The stakeholders and the House Committee on Aviation, however, condemned the decision by the federal government to engage the services of foreign airlines to evacuate Nigerians overseas.

During the web conference while addressing, the Minister of State for Budget and National Planning, Prince Clem Agba, had said the federal government was “also looking at how to support the aviation sector.”

“Like you know, a lot of planes are parked and this is causing almost N21 billion (loss) on a monthly basis. We are looking at how to provide some form of bailout support to ensure that the industry doesn’t die,” he had said.

Speaking on the minister’s  comment, the Chief Executive Officer of Aero Contractors, Captain Ado Sanusi, described the government’s plan as good development, noting that the airlines are looking forward to receiving the support as, without a bailout, many of the airlines would go under.

Sanusi, however, added that the bailout must be well organised and transparent to ensure that most vulnerable airlines get support.

He explained that the bailout should be different from the previous ones that were misapplied and it should be a grant or soft loan targeted at solving particular problems for the airlines.

“This is very commendable but the bailout should be tied to achieving certain goals for the airlines; maybe, some airlines want to use it to pay salary of their workers, to lease aircraft, to pay for training, aircraft maintenance or other objectives, but the money, whether soft loan or grant, should be given with defined condition, which may include that the beneficiary airlines must not sack their workers and not seek services outside the country, when there are local concerns that can efficiently provide such services,” Sanusi said.

The Chairman of Airline Operators of Nigeria (AON), Captain Nogie Meggison, also hailed the government for its proposed bailout, saying the airlines were happy because the body had made such an appeal to the government in the past.

He identified the problem of airlines as global because they are the most affected by the present COVID-19 pandemic.

Meggison said because of the critical role airlines play, as a catalyst to a nation’s economy, there should be global support for the operators with every country giving a bailout to its airlines.

“Governments all over the world face one challenge: to kick-start the economy after the COVID-19 lockdown. This is because aviation is a catalyst for economic development. So, to bring the economy back, nations support their airlines. Members of the European Union, China, the United States are supporting their airlines. It is good Nigeria is also doing the same. We say thank you to the federal government,” he stated.

Aviation industry consultant and Principal Partner, Etmfri Group, Mr. Amos Akpan, commended the federal government for the planned bailout and called on the Ministry of Aviation to drive the process.

“We welcome the announcement because the bailout is required. But we need clarifications. We want the Ministry of Aviation to drive the process. Our minister knows us and he is part of us. His ministry should take the responsibility of drawing up the bailout application and implementation programme.

“The main challenge in the recommencement of flight operations is the rules and practices of carrying passengers, while the coronavirus exists in our society. The new ways of life and procedures will affect the airlines’ economy. This is why the bailout is welcomed. But who will benefit? What portion goes for what? We should learn from our past mistakes.

“Currently only one airline in Nigeria has the resources and capacity to operate more than five scheduled domestic routes daily. This statement assumes that the bankers of that airline will restructure its existing facilities to reduce the stress of meeting repayment deadlines,” Akpan said.

He added that as the lockdown eases and the industry prepares to restart operations, “we need to know the kind of assistance we will receive; the framework to fit in our new operational systems and procedures.”

Meanwhile, AON and the House Committee on Aviation have condemned the decision of the federal government to engage the services of foreign airlines to evacuate Nigerians overseas.

The Chairman of the House Committee on Aviation, Hon. Nnolim Nnaji, condemned the decision to shun local carriers in the repatriation and called on the federal government to employ Nigerian operators for the evacuation.

Nnaji frowned on the engagement of foreign airlines like Ethiopian Airlines, British Airways and Emirates to airlift stranded Nigerians from Dubai, London, and the United States by the Foreign Affairs Ministry and the Presidential Task Force (PTF) on COVID-19.

The lawmaker called for the immediate cancellation of the contracts and the employment of domestic operators, noting that America and Britain recently evacuated their citizens from Nigerian without the use of other countries’ carriers.

“The action of those responsible for this action is not only a disservice to the local airlines, which have done their best to provide patriotic service to Nigerians but equally detrimental to our national pride and dignity,” Nnaji stated.

He urged the Minister of Aviation, Senator Hadi Sirika, to revoke the landing rights already granted the three airlines.

AON also condemned the decision to patronise foreign airlines for the evacuation of Nigerians abroad.

It described the federal government’s action as disappointing after it had made an earlier statement that it would engage two domestic airlines for the evacuation.

In a statement by Meggison, the association said Nigerian airlines had the capacity to evacuate their compatriots.

“AON is shocked and disappointed by the decision taken by the federal government to evacuate Nigerians back to our country with foreign airlines. So, we are calling for the government to identify those officials who took such a decision. At a time government is searching for ways to boost its revenue, some officials are giving away the country’s meager resources,” AON said.

CEO of Aero Contractors also condemned the decision, saying the government might do away with local airlines and invite Ethiopian Airlines to fly domestic routes.

Further speaking, the Managing Director of Overland Airways, Captain Edward Boyo, said that the federal government should have engaged Nigerian airlines for the evacuation. 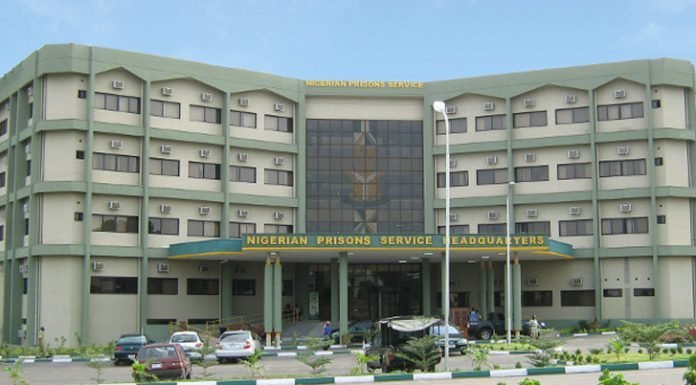