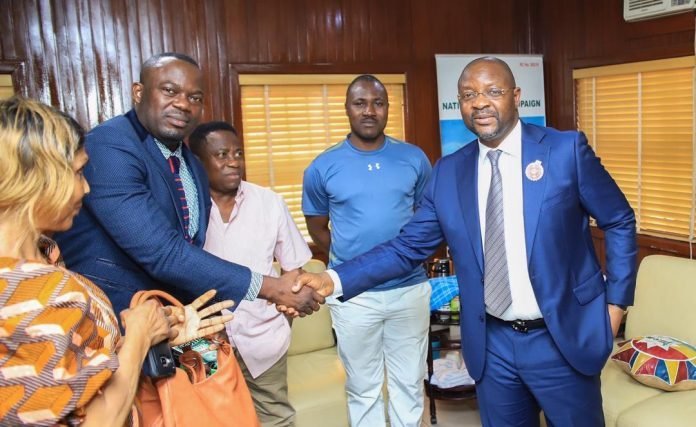 The Athletics Federation of Nigeria (AFN) is pleased to announce their delight on the fact that the Youth and Sports Development Minister, Sunday Dare is at the front seat of Nigeria’s preparations for next year’s Olympic Games in Tokyo, Japan.

Acting president of the federation, Olamide George praised the Minister for his foresight in coming up with the adopt-an-athlete programme which was formally launched in Lagos recently. 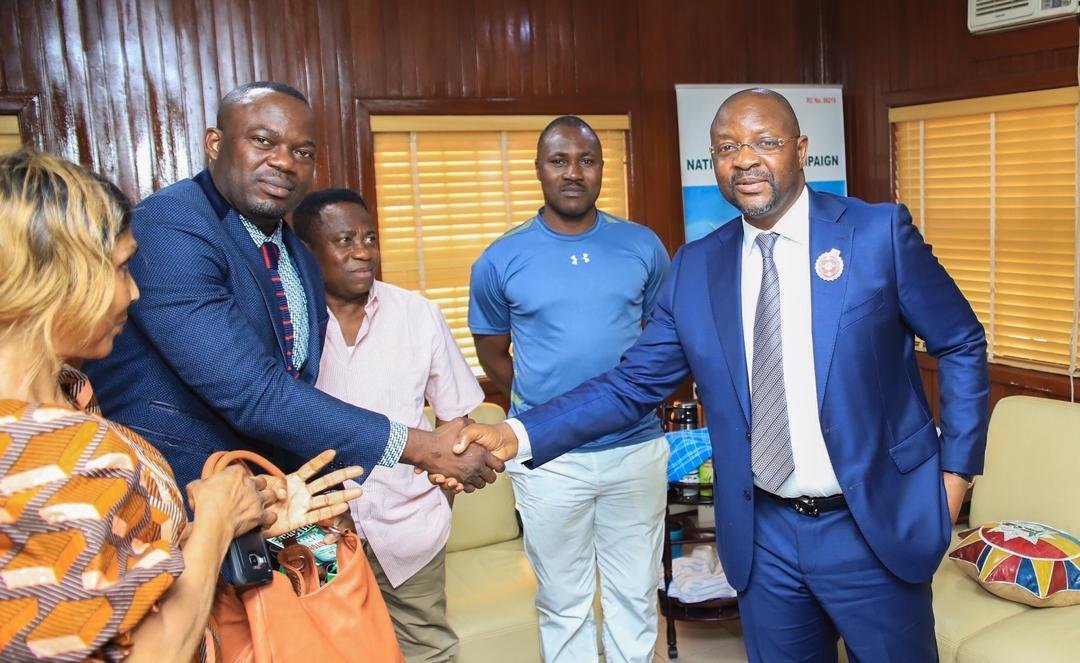 “The Minister for Youth and Sports Development, Honourable Sunday Dare deserves all the accolades Nigerians have been pouring on him since the adopt-an-athlete programme was launched in Lagos.

“There have been talks about private sector involvement in sports development for decades now but no Sports Minister has made any concrete move towards actualising it in a practical manner until Mr. Dare came on board and we are grateful to President Mohammadu Buhari for giving us, for the first time I dare see a man who is on a mission to reform sports,”said George. 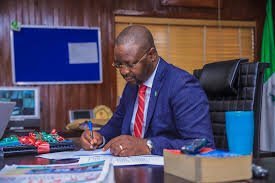 The AFN acting president said he and his board members will take a cue from the Sports Minister’s brilliant initiative and adopt the programme as one of the ways of funding the training of its athletes for future competitions.

”No one has achieved success without the support of others and by adopting athletes, you are providing them with the means to compete for Nigeria. It allows them to afford travel expenses for training camps and competitions, proper nutrition, better equipment and coaching,” said George adding that the AFN believes in giving all its athletes the opportunity to succeed. “These athletes will be competing for Nigeria and those who will embrace the programme are those who will be making sure they qualify to compete for Nigeria. By supporting the adopt-a-talent programme, we are able to provide our athletes with the opportunity to reach their full potential and be right there with them every time they wear the green and white colours of Nigeria,” he remarked.

George added that the Minister indirectly launched the programme in September by getting a Nigerian to adopt 800m runner, Edosie Ibadin for the 2019 World Athletics Championships in Doha,Qatar.

He also appealed to corporate organisations to embrace the programme as it is not peculiar to Nigeria.

“This is one of the ingenious ways countries have adopted to involve their citizens in the training of their athletes. Thank God the Sports Minister has been able to make many prominent Nigerians key into it. The AFN is already in it and stories of neglect or late release of funds will no longer be told,” he said.

Meanwhile, the AFN has said that the first phase of camping for the Olympics will begin in February next year.

In his remark, George said; “Our programme for the new year is ready and we will make it public soon. We are starting the first phase of camping in February in Abuja for the home-based athletes. Furthermore, it is important we get them into camp early to enable them get proper training as they seek qualification standards for the quadrennial games.” 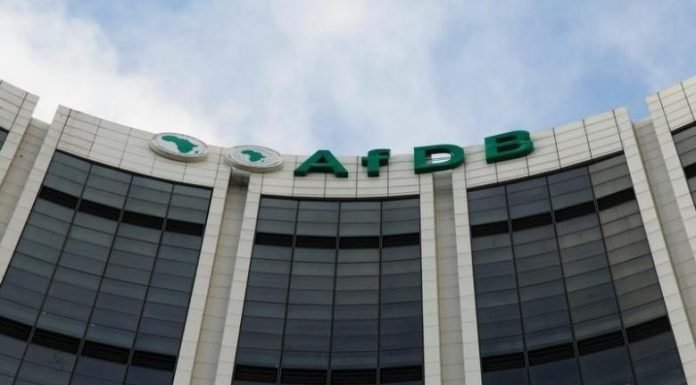