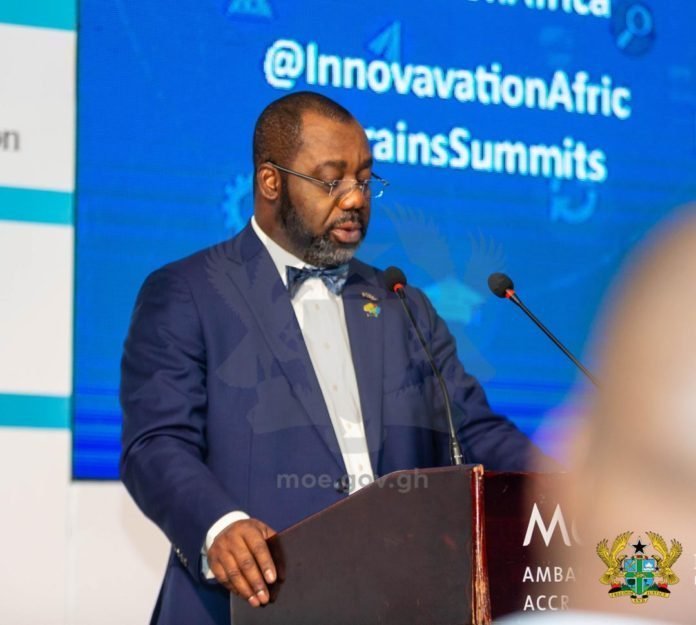 The Minister for Education, Matthew Opoku Prempeh has revealed that Ghana has pledged a total of USD2m to the African Education Fund, which has been operationalized by the African Union through the Association for the Development of Education and the African Development Bank to facilitate the skills needed for Africa’s industrialization.

Mr Opoku-Prempeh made this revelation when he addressed the 9th Innovation Africa Ministerial Summit currently underway in Accra.

Emphasizing that technology and innovation sit at the centre of Africa’s transformation agenda, he declared ‘We cannot, however, make any progress without an agenda that has skills development at its core and is financed by us as Africans”

The Member of Parliament for Manhyia South further set out the government’s initiatives in addressing the challenges the government inherited in the education sector when it took over the reins of the country in January 2017.

These initiatives include curriculum reform, improving access to SHS through the Free SHS programme, supply of teaching and learning material, teacher education and professionalization initiatives and school inspection and accountability through the National Inspectorate Board, among others.

The summit, which has attracted over 250 ministers, officials and private sector officials from Africa and beyond, is being organized by AfricaBrains and seeks to explore the nexus between education and technology in a bid to improve learning outcomes through innovative means.

It will be addressed tomorrow by President Akufo-Addo and will run until Thursday.