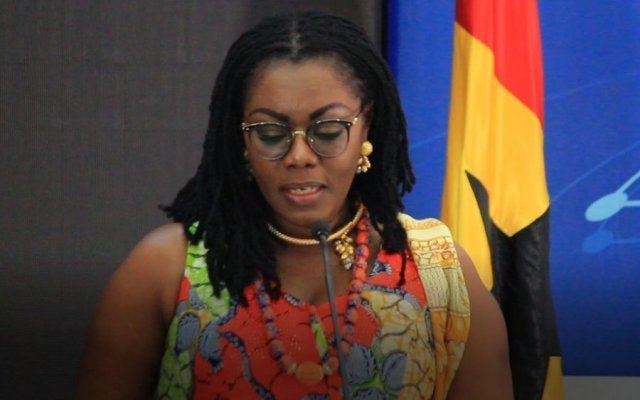 Ghana is heightening her fight against cyber insecurity as members of the country’s Parliament’s Select Committee on Communication met for a two-day retreat aimed at reviewing two draft cybersecurity legislation —Cybersecurity and Interception Bill and the Revised National Cybersecurity Policy and Strategy.

The legislations are aimed at establishing a cybersecurity authority and a legal framework to effectively conduct cyber-related activities in the interest of the public and protecting critical national information infrastructure.

Speaking on day one of the retreat organised by the Communication Ministry through the National Cybersecurity Centre, the sector minister, Mrs Ursula Owusu-Ekuful painstakingly catalogued some of the challenges facing Ghana in addressing cybersecurity concerns.

She spoke of a general lack of awareness among people who use the internet and the need for the creation of greater sensitisation “about certain habits that can become major threats to cybersecurity”, noting that inculcating essential cyber hygiene practices in the citizenry would address certain habits that lead to cyber-attacks.

“State and non-state actors need to effectively collaborate to tackle cyber threats and attack,” she said. “These include cooperation among government agencies, intelligence agencies, private sector actors, academia, among others in fighting cybercrime.”

Mrs Owusu-Ekuful further touched on the legal limitations in the ever-growing era of technology. “While the Electronic Transactions Act 2008 (Act 772) and the Data Protection Act 2012 (Act 843) provide some provisions with respect to cybercrime and personal data protection, there is a lack of a comprehensive cybersecurity law capable of addressing the current complexities of cybercrime and cybersecurity in the country,” she said.

“This explains why the Ministry of Communication, working with the members of the National Cyber Security Inter-Ministerial Advisory Council (NCSIAC) and other stakeholders, are introducing a Cybersecurity Bill,” she said.

According to a Cybersecurity Maturity Assessment commissioned by the Ministry and undertaken by the Global Cyber Security Capacity Centre of the Oxford University in collaboration with the World Bank, Ghana’s cybersecurity is at its formative stages, emphasising the need to build upon the current achievements.

“Our efforts, moving forward, will, therefore, be guided by recommendations made by the study,” Mrs Owusu-Ekuful said.

Consequently, the government has a responsibility to equip law enforcement and security agencies to fight these cyberspace and telecommunication service-facilitated crimes.

The introduction of the Interception Bill is expected to address the current challenges of law enforcement and security agencies while ensuring Ghana meets its international obligations as a state party to the Budapest Convention.

For his part, the Chairman of Parliament’s Select Committee on Communication, Mr Ken Agyapong said Ghana is not safe when it comes to cybersecurity.

“Whether we like it or not, cyber insecurity has become a thorn in our flesh and, therefore, it’s important that we deal with it once and for all,” he said.