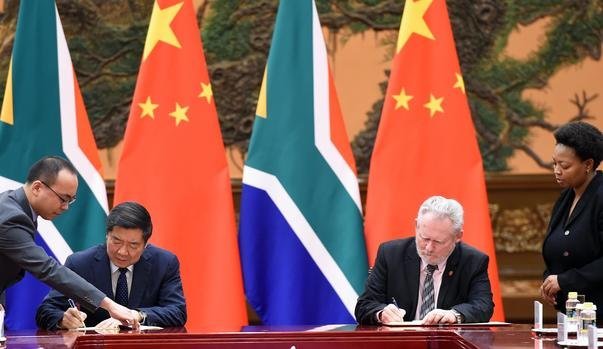 South Africa President, Cyril Ramaphosa has disclosed that, the Multi-billion-dollar agreements entered between South Africa and China will facilitate economic growth and educational opportunities, among other benefits
The presidency stated that, one agreement alone – on investment and trade promotion between the two countries – carries a monetary value of approximately R14 billion.
According to Ramaphosa, who just concluded a state visit to the Chinese capital, on Sunday, September 2, 2018 at the invitation of President Xi Jinping, was set to then serve as co-chair of a two-day Forum on China-Africa Cooperation (FOCAC) summit in the city from Monday.
Ramaphosa and Xi saw the signing of the agreements including commitments on cooperation in climate change, water resources, transported related infrastructure and refurbishments to a number of technical and vocational training colleges in South Africa.
South Africa’s department of Trade and Industry and China’s National Development and Reform Commission also vowed to cooperate on international investment promotion for the African country’s special economic zones and industrial parks, including a 4,600 MW coal-fired plant, a cement plant and other metallurgical projects.
The Presidency further noted that: “The projects will see the investment, planning, constructing and operation of coking, ferromanganese, ferrochromium, silico-manganese, stainless steel, supporting administrative service centre and living areas, highways and a shipping integrated logistics centre among others”. 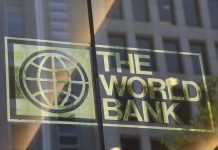